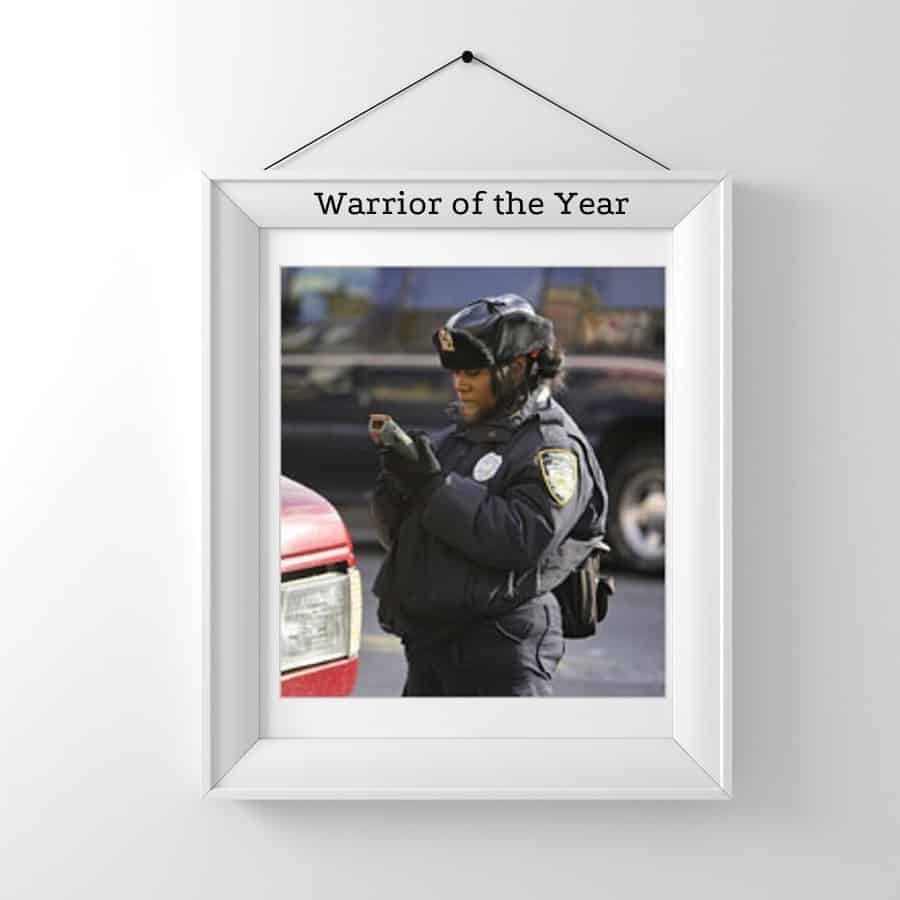 Introducing the NYC parking ticket warrior of the year

Meet Arnous Morin. This guy is the Joe Frazier of NYC parking tickets. [Tweet “He demonstrates supernatural determination to knock out any driver that disobeys a parking sign.”]

Here is parking ticket warrior, Arnous Morin by the numbers:

Is this a parking ticket warrior to be admired?

Born in rural southern Haiti, Morin earned a civil engineering degree in Port-Au-Prince. He became a teacher at age 19.

Scared by the violence that followed the coup ousting President Jean-Bertrand Aristide, he moved his wife and four kids to Brooklyn in 2005 and joined them a year later. (He became a US citizen six months ago.)

Morin wanted to continue teaching, but the city required two years of graduate school and certification. He became a parking attendant near Central Park instead.

A friend suggested he apply to be a traffic agent. He passed the exam in 2009.

Morin joined a foot patrol unit in Brooklyn South. His first year was so grueling that he sometimes had to soak his swollen feet ­after a shift. He vowed to work hard enough to get promoted — and be given a car.

When his first full year as a traffic cop ended, Morin’s supervisor told him he was the “No. 1 foot [agent] in the city.”

However, lawyers who fight traffic tickets are wary of Morin’s ­superhuman production.

“It sounds to me like he’s trying to make his bones,” said ­attorney Barry Jacobson. “Parking tickets are purely a revenue-raising activity.”

Brooklyn traffic attorney Scott Forschein said: “It’s shocking that one person would stand out so much ahead of anyone else. I’d be concerned about the validity of tickets given out at that rate.”

However, with that said, Morin is a person to admire. He is a hardworking man of integrity, who works 12 hours per day 6 to 7  days per week to survive.

If a driver is sitting behind the wheel of her car, he always asks them to move it before issuing an ASP rules violation ticket. Morin claims his parking ticket dismissal rate is very low…arrgh!

Morin, who was a Catholic-school principal in his native Haiti, is unapologetic about his lack of mercy for motorists.

“Never, never. It’s never OK to break the law,” he told The Post at his Canarsie home. “The law is hard, but it’s the law. You can’t break the law for any reason.”