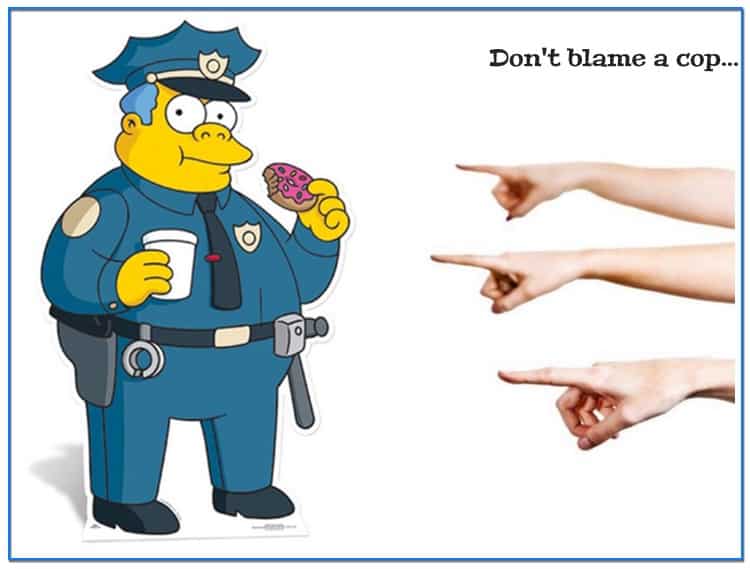 “Don’t Blame a Cop for your NYC parking ticket”

Parking ticket quotas are back in the news. The skirmish between the street police and upper management escalated into a full-scale war; with both sides going for an early knock-out. Even Mayor Bloomberg opted into the fray.

The PBA attacked upper police management on Monday by initiating a frontal assault with a full-page ad in the NY Daily News for winning the hearts and minds of John and Jane Q. Public. The PBA asserted that the top cops were forcing the rank and file to issue all sorts of parking and traffic tickets.

What’s that? Ah — Playoffs? Don’t talk about — playoffs? Are you kidding me? Playoffs? I just hope we can win a game! Another game [Larry’s note-substitute “quotas” for “playoffs,” “goals” for “game.”]

It’s groundhog day for fighting about ticket quotas. Here’s an excellent article on the subject:

In its “Don’t Blame the Cop” campaign, the Patrolmen’s Benevolent Association says the city is cracking down on drivers to raise cash.

“It’s a revenue builder to close the city’s budget gap,” PBA President Patrick Lynch says in a radio ad set to air next week. “And while the city’s squeezing working people, police brass are squeezing cops to write as many high-priced summonses as possible.”

An officer writing a ticket is following a policy and is “just as unhappy as you, maybe more so,” said the newspaper part of the campaign.

The NYPD has denied that it uses ticket quotas or that officers face transfers and other trouble for falling short, as the union alleges. In a statement yesterday, the department said it has “productivity goals,” like any other profession.

Commissioner Raymond Kelly suggested that the PBA leadership is talking about quotas to garner points in its upcoming election” [via the NY Daily News…2003 article].

My question is, “Are the tickets legal? Or does revenue trump justice?”

Learn more about our incredible, reasonably priced services for John and Jane Q. Public. Can we win your hearts and minds?