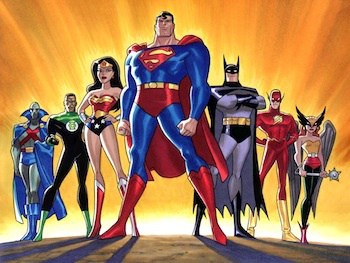 How about a major “hip, hip hooray” for ABC 7 On Your Side! The wonderful television consumer advocate used the power of the media to right a wrong, and get an unjustified NYC parking ticket dismissed.

Jose secured a copy of his DMV records showing he was the only owner of the vehicle and purchased the Honda one month after the parking ticket was issued. Joe called the Department of Finance, explained the mistake, and got nowhere. Joe’s next step was to dispute the parking ticket. Guilty, guilty.

Shame on the Evil Empire

Jose’s situation happens way too often. The parking adjudication unit’s process for hearing defenses that a parking ticket was issued by mistake to the wrong plate/ or to a vehicle that wasn’t even present in NYC on the date the ticket was issued, is broken; and needs to be fixed.

It is obvious that the parking ticket warrior made a mistake and issued Jose’s ticket to the wrong plate. However, the Evil Empire didn’t make a mistake. It acted intentionally to ignore Jose’s proof and find him guilty…Ca-ching.

I suggest that a specific judge or judges be assigned to hear cases involving “wrong car” defenses. The exact proof required by the Evil Empire to establish the “wrong car” defense should be posted on the website. Instead, the Evil Empire simply attempted to grab Jose’s money despite the fact that Jose submitted the proper proof to win a dismissal.

The record is replete with examples of this bad behavior. For instance, one of our clients was found guilty of a parking violation in Queens. Except my client’s vehicle was a refrigerated truck that he used in his business to make deliveries in Kalamazoo, Michigan. Another client had a vehicle that never, ever parked in Gotham City. She lived in a remote area of Pennsylvania….

The mistake made by the parking ticket warrior is excusable. The DOF’s bad behavior is shameful. The Evil Empire must stop reaching into the pockets of the driving community and take their hard-earned dough; especially:

If you need help with a TRAFFIC TICKET that you believe is not justified, the go-to guy is Matthew Weiss, Esquire. He’s the best!