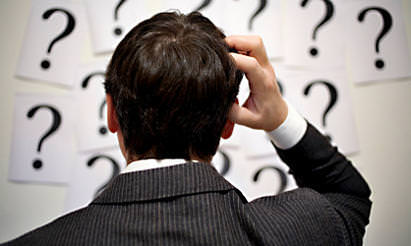 Are there parking signs designating the end of bus stop zones?

No, there are no parking signs to show you where a bus stop ends! But NYC Councilman David Greenfield (D-Brooklyn) has taken action to end the bus stop ambush. Councilman Greenfield introduced a bill requiring NYC to install two parking signs for every bus stop. The first sign marking the beginning and the second sign establishing the end of a bus stop zone.

The city should make parking regulations as clear as possible to avoid tricking motorists into receiving tickets for violations they did not even realize they were committing. This common-sense legislation will help create additional parking spaces while making it clearer to drivers exactly where a bus stop begins and ends. This will in turn also increase the safety of those individuals who are taking mass transit on a regular basis,” explained Greenfield [Via the Bensonhurst Bean*].

Where does a bus stop zone end?

A bus stop zone begins at the bus stop sign and extends in the direction of the arrow (s) at the bottom of the bus stop sign until either; the next parking sign, or the end of the block.  The length of a bus stop varies at every bus stop. Where can you find this valuable information? Nowhere (except Larry’s Blog).

I remember both events. The battle of the Alamo started on February 23, 1836, and ended March 6, 1836. As a result of the tremendous courage shown by Texas defenders (only 2 survived), and Santa Anna’s perceived cruelty during the battle, many Texans were inspired to join the Texan Army. Buoyed by a desire for revenge, the Texans defeated the Mexican Army at the Battle of San Jacinto, on April 21, 1836, ending the revolution [Via Wikipedia].

I also remember the Garodnick Bill…Is the battle to pass this wonderful legislation still raging or has it been defeated by the avarice of the Evil Empire? [Larry’s note: Garodnick (D-Manhattan) announced his candidacy for Comptroller].

Bravo to Councilman Garodnick for his attack on the nightmarish confusion created by NYC parking signs. However, I’m afraid the Bill he introduced on December 8, 2011, will never see the light of day.

A tip of the hat to Councilman Greenfield for introducing his bus stop bill. Greenfield is a strong advocate for the rights of the NYC driving community.

I suggest a more practical, less expensive solution, is simply to publicize the bus stop rule. It ends at the next parking sign (any parking sign) in the direction of the arrow on the bus stop sign; or if no parking signs the end of the block. The confusion is created because the driving community can’t find this rule, and doesn’t know it exists.

I suggested to the NYC Department of Finance at a recent meeting that it publicize this rule on its website (in the process of being redesigned).

Please share your thoughts. Will either Bill see the light of day? How would you end the bus stop ambush?

[*Larry’s note: The bus stop rule in the Bensonhurst Bean article is incorrect. A bus stop ends at the next parking sign in the direction of the arrow (s) on the bus stop sign. IF NO PARKING SIGN, THEN A BUS STOP ENDS AT THE END OF A BLOCK].