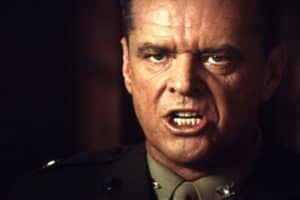 Captain Queeg’s missing strawberries are found at the PVB

Tonight, the Lioness is roaring mad! Dennis Boshnack’s posting on PVB’s attempts to deny access to mitigation alone gives great cause for leonine outrage, as a report this feline hears from sources inside PVB that any ALJ who attempts to mitigate will be discharged.

Please note that Administrative Law Judges (“ALJ’s”) at the PVB are deemed to be independent contractors by the city; they work with no benefits or job security, and cannot form or join a labor union. Wither judicial independence.

But, today, coercion and abuse of ALJs reach a new nadir in which PVB literally treats its ALJs like garbage. The following is an email from Peter Sanso, managing ALJ for the Manhattan Business Center, to ALJs. Read on and be astounded:

Multiple notices were sent out to all judges regarding recycling and the recycling bins in each ALJ hearing room. Only paper as described in the notices sent and affixed to the blue recycling bin may put in there.

Judges are using the blue recycling bin for garbage and paper.

Maintenance is not and will not clean it up. The garbage now sits and smells in the hearing rooms.

It is the judge’s responsibility to properly use the recycling bin.

It is the judge’s responsibilities to make sure respondents do not throw garbage in the recycling bin. Move the bin should you have to. Advise the respondent to use the garbage pails for the public, outside your hearing room, if necessary.

Should you come to work and there is mixed garbage in the recycling bin in your hearing room from the previous day, advise the Senior Judge or me immediately.
After today, I may ask the judge who misused the recycling bin to come back to MBC the following day on their time and properly dispose of the garbage, even if the judge is assigned to a different borough, or not assigned at all.

After today, I may ask the judge, by email, not to come to the Manhattan Business Center for his/her next assigned workday.

Where is Lt. Barney Greenwald when you need him?

Garbage men, excuse me, sanitation workers, are members of a labor union. ALJs at PVB are not. Personally, I think that the ALJs should apply for membership in the sanitation workers union, as they are being treated worse than any garbage man, notwithstanding their legal educations.

Under the Sanso manifesto, ALJs are informed that they can be called in on a day when not scheduled or ordered to leave an assignment to throw out garbage—without pay! They can also have their assignments canceled—-because of someone else in the hearing room, namely the respondent, threw garbage into the wrong receptacle.

The labor law prohibits an employer from ordering a worker to work or go to the workplace without pay. I doubt that Mr. Sanso has any understanding of such a statute because, several years ago, he attempted to instruct ALJs that, if they wanted to use a restroom, they must sign out for a 15-minute period and urinate on their own time.

One simply cannot make this up! Furthermore, ordering someone to handle garbage without proper protective gear violates the health laws and is not only disgusting but also potentially dangerous. If Sanso bullies ALJs on something like this, can you imagine being on the receiving end of orders not to mitigate, to presume everyone is lying to avoid paying a ticket, etc., etc.?

This should be appalling to all. I personally believe that ALJs should rise up in outrage against such abuse and should sue PVB for creating a hostile work environment. Some people need the $280/day enough that they swallow their pride and leave their integrity at the door.

Personally, I’d rather be a garbage man who can take pride in my work than to be an ALJ who should be ashamed to permit anyone to treat him or her in so degrading a manner.

[Larry’s note: a legal lioness is a person with vast experience and personal knowledge of the inner workings of the NYC Parking Violation Bureau (“PVB”). She pulls back the curtains to give us all a rare glimpse of life as a parking ticket judge]