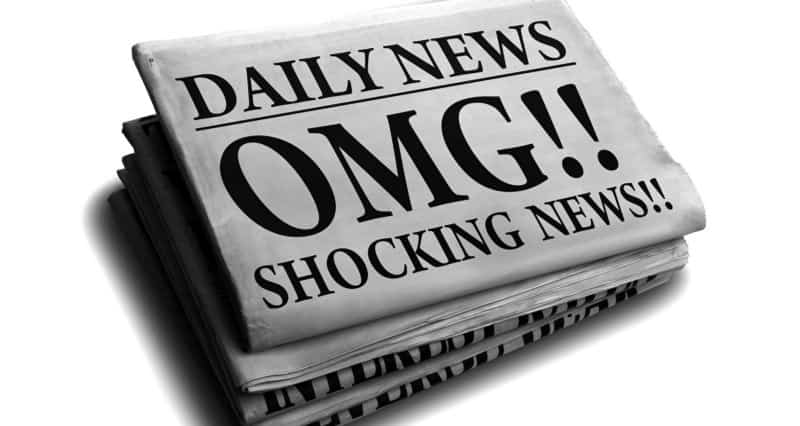 I have ranted about scam pedestrian ramp tickets since 2009, alerting the driving public that it was legal to park in front of certain pedestrian ramps. And, offering advice on how to beat these illegal tickets. Kudos to Professor Ben Wellington, a highly respected Visiting Assistant Professor in the City & Regional Planning program at the Pratt Institute in Brooklyn, NY, where he teaches a statistics course. Many of us know Professor Wellington for his extraordinary blog, I Quant.

I Quant NY  is meant to give a glimpse at the possibilities of a future with truly open data.  I’ve picked at the limited number of data sets that have become public, and have shown that opening up data leads to the world where government and citizens become partners in making our City better.”
Here’s how Professor Wellington applied data to carry out change and save the driving public millions of dollars.

-The most common parking spots in the City where cars were ticketed for blocking pedestrian ramps
-The top address where this ticket was given: in front of 575 Ocean Avenue in Brooklyn, where over $48,000 in parking fines were issued in the last 2.5 years
-The spot, (or really spots since there are two ramps), are legal, since they are in the middle of the block, with no crosswalk. $48,000 in tickets at a legally parked spot and that is just the last 2.5 years
-The next pedestrian ramp locations had the same story to tell.
-For example, there were 273 tickets issued at a legal pedestrian ramp at 1705 Canton Avenue in Brooklyn, 273 Tickets ($45,045).
-And so on, and so on….
The Map image below is a link to the interactive map created by Professor Wellington. His challenge to all of us is to, “…click on a spot and then look at pictures of it on Google Maps to decide if it’s legal.  You will most likely find it is. Amazing! 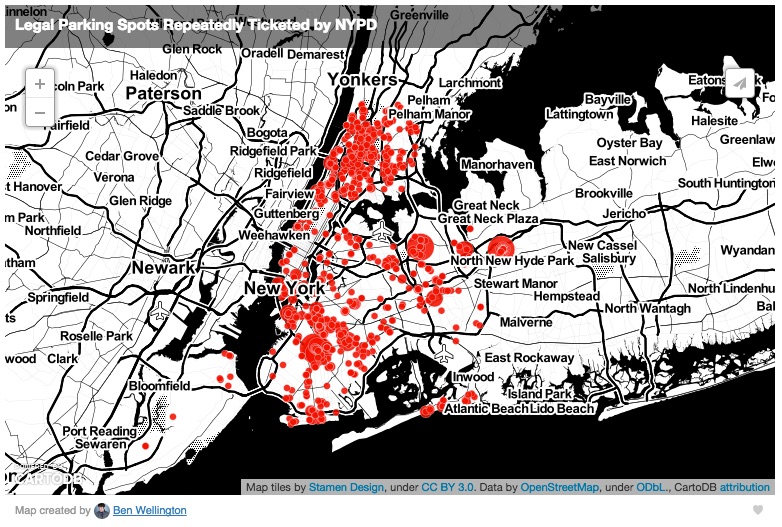 Mr. Wellington’s analysis identified errors the department made in issuing parking summonses,” an NYPD representative wrote in an email to the Voice. It appears to be a misunderstanding by officers on patrol of a recent, abstruse change in the parking rules.”
If Wellington is the first to do a deep dive on Code 67 numbers (you can see a more complex data analysis at his blog), he’s not the first to identify the problem. Larry Berezin, a retired attorney, has written about the pedestrian ramp problem for years and even mentioned the problem to theDaily News in 2011. (Wellington is the first to offer non-anecdotal evidence that the ticketing is widespread.)
…While the news about the rule apparently hasn’t trickled down to beat cops, Berezin says the tickets can often be quashed if they’re challenged in court.“The judges are dismissing them as long as you present the proper proof,” Berezin says. The problem is that most people never do.
And there’s not much incentive to stop faulty citations, Berezin points out, given that fines of all kinds bring in a huge amount of revenue. The city collected $565 million in parking ticket fines alone in 2015.”
The NYPD continued with their explanation and action they promise to take in the future:
“The department’s internal analysis found that patrol officers who are unfamiliar with the change have observed vehicles parked in front of pedestrian ramps and issued a summons in error. When the rule changed in 2009 to allow for certain pedestrian ramps to be blocked by parked vehicles, the department focused training on traffic agents, who write the majority of summonses.Yet, the majority of summonses written for this code violation were written by police officers. As a result, the department sent a training message to all officers clarifying the rule change and has communicated to commanders of precincts with the highest number of summonses, informing them of the issues within their command. Thanks to this analysis and the availability of this open data, the department is also taking steps to digitally watch these types of summonses to make sure that they are being issued correctly.” I Quant NY

Check out this video I created.

“Published on May 27, 2010There is a small cauldron of rogue parking ticket warriors issuing illegal parking tickets. Please warn you friend, neighbors, and the parking public. It’s a $165.00 parking ticket. Let’s put an end to this bad behavior.”