Parking rule ambush. Joe returned home after working in the lab late one night when his eyes beheld an eerie sight. Suddenly to Joe’s surprise, his regular on-street parking space was vacant. *

Therefore, Joe parked locked his car, and walked home. But, alas, Joe did not glance at the parking sign that regulated his parking space for the past five years. What’s the old proverb? “Read the parking signs in front and to the rear of your chariot before you leave your parking space.”

Unfortunately for Joe, the Evil Empire installed a new sign with a different parking rule earlier that day. It prohibited standing from midnight – 7 am. Did that rule change cost Joe $115?

Maybe not because there is a law that offers a 5-day grace period for drivers who were ambushed by installing a new parking sign. However, Joe must prove that the new sign was installed within the 5-day grace period.

Check out some more rule changes you may not know about.

Joe also lacks luck with bus lane violations. For example, he habitually forgets to make the first right turn after entering during the hours a bus lane is active.

Joe thinks, “What the heck. I may be a chronic offender, but at least the fine is only $50.” Regrettably, Joe didn’t keep up with the bus lane camera rule change. Here’s the newish bus lane camera fine rule;

Click on the link to read the full law

Here’s the legislative intent behind the new program

Declaration of legislative intent and findings.

The council finds and declares that more than 200 people in New York City are killed each year in traffic crashes. Being struck by a vehicle is the leading cause of injury-related death for children under 14 and the second leading cause for senior citizens.

The council believes that vehicles involved in multiple red light cameras and school speed camera violations would be less dangerous if their registered owners were educated regarding the dangers of exceeding speed limits and failing to comply with traffic signals.

The council, therefore, finds it necessary and appropriate to establish a program to require such education for the registered owners of such vehicles to the extent practicable.

The DOT has generated warm and fuzzy feelings from families that enjoy the new reduced number of street cleaning days. Is this happening in your neighborhood?

Here’s a summary of the new street cleaning rule.

Who is responsible for paying for a red light parking rule violation?

Regardless of who was driving, the owner of the car is responsible for the ticket.

Are there points for a red light parking rule violation?

Red light camera tickets don’t result in any points on your driving record. 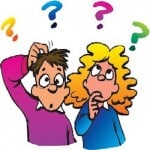 Who decides that a red light camera violation occurred?

The Department of Transportation reviews the images from the cameras.
.

What if I traveled in the bus lane for less than 200 feet?

What if it was impossible to make a right-hand turn?

Yes, if your evidence shows that some condition on the roadway prevented you from making an immediate right turn—for example, it was not safe or legal to do so.

Are there any legal reasons to enter a bus lane during applicable hours?

Yes.
-The motorist is about to enter a driveway or make a right turn at the nearest intersection.

-You must make the turn within 200 feet of entering the bus lane.-

-The motorist temporarily stops to expeditiously pick up or drop off a passenger at the curbside.

-The motorist is attempting to access a parking spot next to the bus lane.

Cassandra Clare, Lady Midnight, had it right when she said, “Lex malla, lex nulla.” But I don’t think she ever parked curbside in New York City.

* Monster Mash.” One of the all-time super songs!

Learn how to double park without getting an evil ticket

Don’t be the driver in the photo. Learn how to beat an unjust double parking ticket.

Don’t be the driver in the photo. Learn how to beat an unjust double parking ticket.