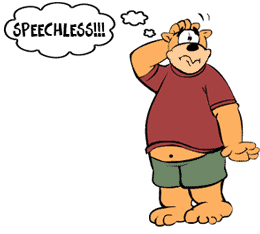 A parking ticket tale with trials, tribulations, and a surprise ending

Can you guess the ending of this parking ticket tale? Have you ever been greeted by a family member, friend, or business colleague with the question, “Do you want the good news, or the bad news first?” I know I have.

There was a fascinating article in “Psychology Today” about a study that tested the news people preferred first:

Once upon a time, a long, time ago (a couple of weeks, actually), Spiro parked his car in a perfectly legal parking space in NYC Parking Ticket Land. Here’s Spiro’s story.

“O.k. parked on the ave on Monday, the ritual street cleaning musical chairs, returned Fri the 13th ! to drive Mom to her doctor’s appointment, The entire street was a construction zone! Where is my Car? Asked a worker, told me to look around it may be around the block in another spot? So I find it next block down parked halfway in the bus stop! What ! a ticket!!! and no cars in front of mine but more pylons with the work zone no parking tow away zone that day from 6 am to 6 pm, So why didn’t they place it a few feet forward to clear the Bus stop sign? Argh!”

On purpose or inconsiderate tow operator, and why didn’t one of them explain it to the ticket Bomber? or leave a note on my vehicle? I found out only a 24-hr notice is o.k. in NYC? That’s not nice but some sewer repairs or pipe laying can be emergencies?

I talked to the construction foreman on sight, “Can you write me a letter explaining that they were responsible for my car being in the bus stop?” He told me to call his office, but it’s too late. I will Monday morning but I have a feeling I am wasting my time.

Can I fight this? I do have pictures etc? So now I know the entire city is a tow away zone, you have to check your car every day for these events! and its $115 fine for no standing, was I a victim of circumstance or was it was intentional? Who knows?! One thing for sure I am fighting this injustice!

Larry (that’s me) was incensed at this bad behavior and replied to Spiro’s comment with an invitation to discuss his options with me.

Hello, Larry, it was a pleasure talking to you on the phone and appreciate your motivation you gave me to pursue this matter. So I have an update on the situation.

I located a PDF online on lane closures for construction called. “hwyrules.pdf” which state, Section 2-02 (g) Notice of street operations. (2) Permittees shall notify the Police Department and the communications center of the Fire Department of all construction activities requiring street closing at least twenty-four hours in advance of the commencement of non-emergency work. (3) In the event that any non-emergency construction work results in the closing of (i) more than two-thirds (2/3) of the moving lanes per direction on any street for more than 15 minutes per hour between the hours of 1 a.m. and 5 a.m., or (ii) half (50%) or more of the moving lanes per direction on any street or limited access roadway, for a duration of more than four minutes or two traffic light cycles of the nearest traffic signal, whichever is less, during all other hours, the permittee shall post at the site of the closing a public notification seven (7) calendar days prior to such closing in a manner directed by O.C.M.C.

So I was right about only 24-hours public notice, unless as stated in (ii) as indicated above. Did they close down half a moving lane?

Then I call the construction company office to request they help to pay the ticket, I talked to an operator, I calmly described the events and why I was not responsible for this violation and all the circumstances. He messaged the Owner of the Co and said he would call me back.

Well he Jimmy did call me, it surprised me that he was sympathetic to what had transpired, he explained yes we did move your car but at that time there was no suitable parking to move it too, the bus stop was where the field manager picked as best for all? He also explained the only other alternative would have been to transport it to the impound yard and I would be on the hook for more fees! I brought to his attention that 7 days public notice was not displayed at the sight, yes he knows but that their construction zone never exceeded 12 ft from the curb and they did give 24-hours notice which is all that is required.

O.k. but they were in the area and posting public notice 7 days in advance would have avoided my vehicle blocking. He agreed with that logic and says he knows how tough parking is here being a former resident of Long Island City himself for 15 yrs. He went on to say although it is out of the ordinary to do so he will pay the ticket for me!

Since I spoke calmly, was respectful and came across as a nice guy when confronting his field manager and operator, not behaving in a typical manner yelling and cursing, chewing them out about the ticket.

We talked for a short while and he told me the construction was to install Verizon fiber optics in my area. He called the manager on sight to see if he had enough money, he did so I got it! Moral of the story is Karma and treat others like you want to be treated, So technically I am not beating this ticket. I beat it in the most important sense.

Are there any other parking laws that Spiro should be aware of?

What if the parking restrictions are permanent, like when the NYC DOT installs a new parking sign? Simply refer to subpart “a” of Section 19-175.2, which reads:

We talked for a short while and he told me the construction was to install Verizon fiber optics in my area. He called the manager on sight to see if he had enough money, he did so I got it! Moral of the story is Karma and treat others like you want to be treated, So technically I am not beating this ticket. I beat it in the most important sense. Happy ending ! yea