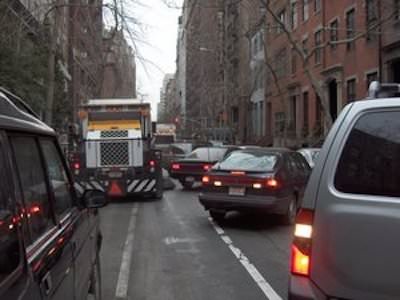 Will a street cleaning bill previously introduced in 2010 by NYC Councilperson, Ydanis Rodriguez, and re-introduced by now Transportation Committee chairman, Ydanis Rodriguez ever see the light of day?  Some of the stakeholders are the same (NYC Sanitation Department still opposes these changes), but there is a new mayor and new speaker of the NYC Council (Melissa Mark-Viverito, a Democrat and a supporter of the bill in 2010, has not signed on, though; her office says she is considering the legislation.

I worked to muster support for this excellent Bill in 2011, and I still think it’s worthy of passage today! I love that:

Please let us know what you think. Are you in favor of pass? or fail?

Speaking of street cleaning, is double parking on the unrestricted side of the street when alternate side parking rules are in effect?