Hi Mr. Larry Berezin,
“I couldn’t have done this without you. You were on top of this ticket situation from the moment I contacted you. From now on I hope I’m never faced with another ticket, but if I or anyone I know is. We all will know who to turn to.”
Thank you,

Thank you, Larry. This is fantastic work.  Will send it to you as soon as I receive it.
(Larry’s note: The parking ticket was dismissed)
Leon

“Thank you, this is excellent news!  I won’t have to deal with them for quite some time.  Thank you very much, it was great working with you on this.

“Just wanted to say thank you for putting up your website! Got a parking ticket in November and learned how to fight it by reading your blog. (the Wrong location is written on the ticket – case dismissed!) Thanks!”
John

“We won…The ticket was dismissed!”

NO LONGER A VICTIM

“I was one of the victims that got a nonsense violation parking ticket, and through your help, I happened to fight it off.  Thanks so much!!!” [ed: referring to a blocking the box” violation].

“I’m going to fight the ticket! Now that I know the muni-meters do indeed have numbers (that was left blank on my ticket) coupled with my paid receipt, I figure it’s worth a try. Thank you so much for all your help. I’ll inform you of the outcome. Wish me luck!”
Rita

“Thanks for supplying me great tips in regards to certain parking violations made in NY.”

“Hi Larry, How are you? NYC Department of finance has made a decision: Dismissal warranted. We made the right choice. Thank you very much for your help. Best luck to you, your family and your career!”

“My company manages a large fleet of trucks. We’re on the road daily in the five boroughs of New York…New York Parking Ticket saved us more than $1M in one 12 month period. We look forward to working together for another 10 years.
I heartily recommend New York Parking Ticket. They keep their word, deliver significant savings at a very reasonable cost. It’s a  no-brainer.”

“Dan, over the years, you provided us with parking ticket solutions that literally saved our company millions of dollars in NYC parking fines. You have earned our trust and loyalty.”

“Hi Larry: I wrote to you on January 12, 2014, about parking tickets we received while visiting New York that had the expiration dates incorrect on the tickets. I just wanted to thank you for your advice on fighting the parking tickets. I did exactly what you said to do and the 2 parking tickets were dismissed.
We actually got 3 tickets total for parking too close to a fire hydrant and 2 out of the three tickets were dismissed due to missing required elements. The third was not because we did not have sufficient evidence to show any different. So, thank you again and I am so glad that I came upon your blog for advice.”

“Good morning Larry…The defense you prepared for me is perfect as always! I will print and mail to the court certificated mail today.  I’ll let you know how it goes. I really appreciate it, Larry.”

[Larry’s note: After receiving the good news her parking ticket was dismissed Giselle wrote]…”OMG…Larry, you are the BEST!! You always do an awesome job. I cannot thank you enough

“Mickey, there is a great site called New York Parking Ticket. Here’s a post about bus lane cameras (website link omitted). It’s from a couple of years ago, so it’s also probably out of date. However, the blog is very current, and the guy, Larry, who writes it, usually answers every question in the comments section. So, you could ask your question under this post and likely get an answer.” [Larry’s note: Naomi is an author from Yahoo Answers].

“Wow. Thank you so much. I don’t know what else to say than You are the best.”
[Larry’s note: Camille wrote to us after her blocking the box ticket was dismissed].

“Well, you have become my inspiration. It’s no longer about the $65…. ok, maybe a little, but when you’re right – it’s time to fight!”

“Thanks, Larry, for another fine article with lots of useful information. The service you provide is extraordinary. (I wish I had known about you years ago when I got that first stupid ticket.)”

“Larry you’re a pro! As you suggested I noted that the expiration date was listed as N/S & included a photo showing it was plainly listed on the MD plate. Ticket dismissed.
Thanks for your help and courtesy.” [Sidney is a lawyer from Maryland, who got nicked with an NYC parking ticket].

“As a lawyer, you can’t control the outcome, but the one thing you can control is your product–doing your best.  I really believe that’s what we’ve got here.
Thanks for pointing out the pitfall.  I’ll be sure and let you know how it went.” [Peter is a New York City attorney…His parking ticket was dismissed!).”

“Your comments were invaluable. I won the appeal. Especially important was the info that the new evidence will not be considered. Sorry that I did not post the ending before. Waited months and made multiple calls to 311 to get the ticket refund.
Thanks again.”

“Hi Larry, I wanted to follow up and thank you for your help in my parking ticket appeal. Your assistance was invaluable in helping me structure my appeal package and thanks to you, The ALJ  found an error in the previous decision and reversed the previous decision.
Again, thank you so much for your help! I have learned a lot of valuable information through this process and will always be grateful for your service.”

“Larry, Thanks to you and your blog, I Just won a No Standing Except Commercial Vehicles ticket. I used the database to show that this sign was not listed in the database. Interestingly, the notes on the ticket said ‘Temporary Construction Region,’ but the A.L.J didn’t seem to care that it made no sense and asked me if there was a temporary construction zone sign.
I said truthfully that I observed a temporary construction zone on Second Avenue but I didn’t observe any no standing sign.
Case dismissed!”

“I just found out that my “hearing” was held and the verdict was not guilty. The $115 fine for parking at a no stopping sign was reduced to zero.
Many thanks for your assistance and helpful suggestions.”

[Larry’s note: I told Guang her parking ticket dismissed]…”That is great!!! Thank you so much, Larry. Your professional defense package brings justice. I really appreciate your help in this process! My colleague asked me one day, will you pay or fight if you are very rich? I told him I will fight if I am right. I am surprised that my colleagues said they will probably pay it without bothering if they have a lot of money.
Anyway, I am glad that I didn’t have to fight alone in this case. It has been a wonderful experience to work with you.”

“When you do get hit by one of the 5,460 tickets, worth about $241,000 in fines, the city doles out every day, visit New York Parking Ticket, run by lawyer Larry Berezin (check out his Youtube tip videos: the man couldn’t be more Brooklyn if he tried if he was slathered in red sauce and baked in an oven).
His blog gives away a free, downloadable guide for fighting the three most common residential tickets, and also offers a step-by-step guide to navigating the city’s online appeal procedures. If you’re saddled with serious parking debt, his firm can also represent you…”

Thanks, Larry, you’re the best!”

” Thank you very much for your help. Your site has wonderful info & is a great resource for the little guy to fight with”

“I just wanted to come back and give you an update. I am 2 for 2! Recently received 2 parking tickets and got both dismissed by following your advice.  So again I thank you for your patience and expertise!

One of our clients talks about Larry 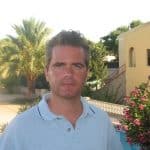 “You owe it to yourself to experience Larry’s piercingly intelligent parking ticket defenses.  He is a bona fide humanist who seems most galvanized when working to uphold the integrity of the collective good.

I’ve never met somebody with his unique talent to masterfully obliterate societal double standards that seek to divide rather than unite.” 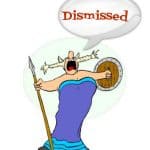 I had a great experience with this service and I am going to leave a thorough and well-deserved review. I received a $115 parking ticket for parking on the sidewalk. I figured “what could it hurt to try a ticket fighting service”. I did a little research and opted for Larry Berezin @NewYorkParkingTicket.com. Basically, you pay them 40% of the amount due on the ticket and if you win, that’s all you pay. If you lose, they refund the money or can appeal the decision. With absolutely no expectations I signed up for the service. Here’s the sequence of events that took place:

3) Shortly after sign up, I received an email from Larry requesting I send a photo of the summons.

4) I replied to his email with an attached photo of the ticket.

5) Again, shortly after I received an email confirming that he received the ticket and that he would begin research and get back to me.

6) As promised, the next day (06/16/2017) I received an email from Larry saying that he had done his homework and recommended that we fight the ticket. At this point he advised me that should I choose to proceed, he would send me a PayPal Invoice for the amount of $46 (40% of $115). The money will stay held in his PayPal account until the dispute is completed. I told Larry that I wanted to proceed and asked him to email me the PayPal Invoice.

7) Shortly after I received the PayPal Invoice and I submitted payment right away.

8) On 06/17/2017 Larry emailed me confirming the receipt of the PayPal payment and advised me that he was still waiting for the Ticket to appear online. Once the summons appears online, the dispute can be submitted online.

10) On 06/21/2107 I received an email from Larry confirming that he had submitted the defense. The email included a copy of the actual defense and included all evidentiary exhibits submitted.

11) On 06/28/2017 I received an email from Larry stating that the ticket had been dismissed. The email included a screenshot of the online decision.

12) On 06/29/2017 I actually received an email from NYC with the official Decision & Order stating that the summons was dismissed.

All told, the process took less than 2 weeks, Larry always emailed me without me having to nudge him. He was quick and informative and his defense strategy was simple yet elegant and impressive…. it was also effective. Thank you, Larry.

Larry and his Team are Awesome! 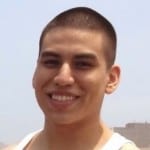 This is how Larry and his team are awesome in a nutshell: A long time ago, in a city far, far too great, the Evil Empire struck me with a Failure to Display Muni Meter Receipt.

Hi Larry!
That’s awesome !!! What wonderful news, thank you very much for all your help.  You are a wonderful writer.
God bless and have a good weekend
MJ

Worth his Weight in Gold 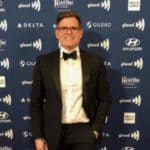 The amount of time, energy, and effort put forth into Larry’s exhibits are quite frankly flabbergasting. He knows the most efficient way to make the argument. He had won all of my contest tickets, all on the second round of appeals. He is worth his weight in gold!

Awesome work!!! Where can I give you a 5-star review?

Excited About the Outcome

Amazing! So happy to hear that we were able to find both of these stupid tickets and win! It’s been a pleasure working with you as well so excited about the outcome. How do I go about receiving my money back for the ticket i paid to NYC Department of Finance?