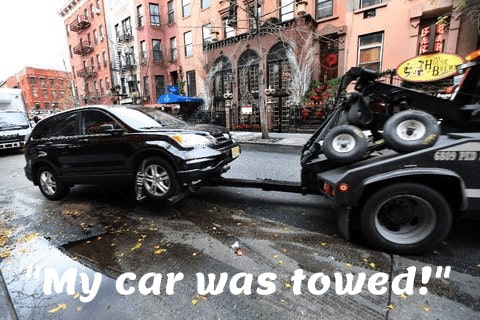 “My vehicle was towed” was a lightning rod for debate

All you have to say to a member of the NYC driving public to get the “juices” flowing is, “My vehicle was towed.” Those 4 little words are combustible regardless of what conversation follows.

I read a very thoughtful comment on Larry’s Parking Ticket Blog about a possible new law prohibiting an NYC marshal from towing a scofflaw’s vehicle that has a value of less than $4,000, including outstanding loans. I think the comment merits a wider audience.

Hold the phone for a second… Some people here are misinformed. Closing City Marshal impound facilities would not benefit the city at all. The city has no inventory of trucks or yard space or any of the above that is designated for scofflaw towing (which is the only form of towing that would be affected by the bill).

These are PRIVATE companies. The scofflaw program (which is ONLY done by the City Marshal, the Sheriff’s dept stop towing cars years ago) recovers a ****load of money for the city and costs the city almost NOTHING because it is completely private. These towing companies have a lot of employees that will be out of work. Not just tow drivers. we’re talking administrative employees, yard people, mechanics, security, the staff of drivers that actually search plates for scofflaws, etc.

Most people who are in judgment or are towed by the marshal for owed parking tickets don’t even THINK of paying their tickets until their car is towed. They get those letters in the mail from the dept of finance and brush it off.

I’ve been on both sides of the fence here. I’ve had 2 of my cars towed by the marshal for owed parking tickets. I know how it feels, and you know what? I take responsibility for it because I should have either paid or fought my tickets. When did I pay my tickets? When my car was towed and my only choices were “pay or don’t get your car back” … Now, my tickets are paid and I work for a towing company that tows for the City Marshal. Everyone makes the marshal and the tow operators out to be these “Evil” people. The marshal has a job to do, the tow drivers have a job to do, and the scofflaw’s had a responsibility. Now, I’m not sure if I’m going to have a job anymore after Friday when the bill is reviewed one final time. The company that I work for will shut down, and I will be competing with every scofflaw tow truck operator in the city looking for work (which is already hard to find). I’m always reading people say that when a car is towed, it’s “corrupt”, “abusive”, or it’s “a scam” … No! It’s enforcement! The City tells the towing company “these are the fees you can charge” and that’s what the companies charge. The marshal says: “That car is a hit, hook it up and go” so that’s what we do. We’re not like “Oh! A 2011 BMW, I want THAT on the back of my truck!” … If a car is damaged, Guess who pays for it? If it’s your car, you think that the company is paying for it, but you’re wrong. It’s the tow driver. That money is coming out of his check every week (TRUST ME, I know) … We’re not paid commission for how many cars we tow, we’re not given incentives, we don’t have a “Quota”, It doesn’t matter how many cars we tow on any given day, We’d rather tow nothing and sleep in our trucks all day and get paid for it. We’re not cowboys looking to round-up some cars. So everyone needs to get that idea out of their heads. Trust me, we prefer less work and more pay.

By the way, I don’t know where you’re getting the “$101” figure, I believe the City (NYPD Traffic Enforcement) tows illegally parked cars who’s parking violation (not outstanding tickets) is $101 or more. I stress that NYPD Towing will NOT be affected by this law. Only the Marshal program because the marshal is considered a debt collector. If you are in judgment for $350 or more in unpaid parking tickets over 90 days old, THEN you can be towed by the marshal (at least until Friday).

I also just want to say one more time, these are private companies with private trucks, private impound yards, and private employees. no one (not even the marshal him/herself) is working on the city’s dime.”

Please share your reactions to Pete’s points. Feel free to ask Pete questions. Don’t miss out on an opportunity to gain insights from a guy with a different perspective on towing 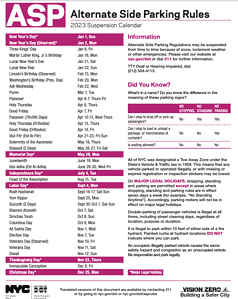