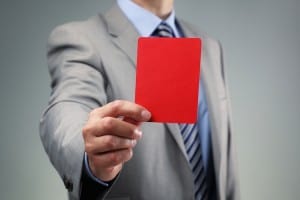 Should Mayor seek the resignation of Aide with unpaid parking tickets?

Noerdlinger owes $875.61 on nine parking tickets her Mercedes-Benz got in the past year in The Bronx and Manhattan. All except one of the summonses were issued since she was appointed chief of staff to de Blasio’s wife, city Finance Department records show”

'If $875.61 in unpaid parking tickets is news, who amongst us wouldn't be a celebrity?'Click To Tweet

The sins of the boyfriend…

There have been a bazillion articles written recently about Noerdlinger’s live-in boyfriend, who is reported to have an extensive criminal record:

DNAinfo New York first reported that McFarlan has a long rap sheet, serving time in prison for manslaughter and drug trafficking, and has ranted on Facebook about police officers.
In 2011 he was arrested for pot possession after driving on the wrong side of the road in Noerdlinger’s car with her in the front passenger seat and an unidentified minor in the back seat.
The arrest report noted that the car reeked of pot smoke. Noerdlinger was issued a summons for allowing McFarlan — who then had no driver’s license — to drive her car.
Noerdlinger’s car trouble doesn’t end with the tickets or allowing McFarlan behind the wheel.
In September 2013, she caused between $2,500 to $3,000 in damage when she ripped the hose and front display off an Edgewater gas station pump when she drove away in her Mercedes with the nozzle still in her car, police records show.

The comments are worth the price of admission

However, the bigger issue involves the background of her live-in boyfriend. Does her choice of roommates reveal character flaws that de Blasio should give her a red card?