If you see bike lane violations, should you say something? 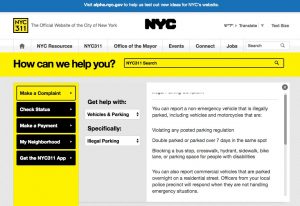 “Treehugger” had this to report about that:

The city-produced map shows alleged lane violations occurring mostly in Manhattan and Brooklyn with a decent smattering in Queens. Red dots indicate situations where the police “responded to the complaint and took action to fix the condition,” according to NYC Open Data. Blue ones denote where police decided “action was not necessary,” where the offending vehicle had skedaddled before cops arrived, and complaints with insufficient info from tipsters.

Here are some of the maps found in Open data that track the number, location, and police action taken to ticket and remove the bike lane blockers 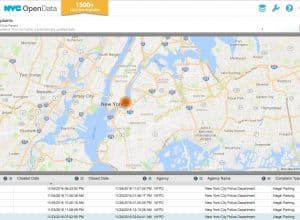 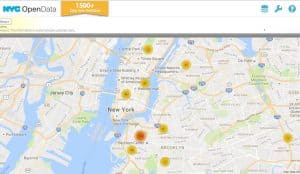 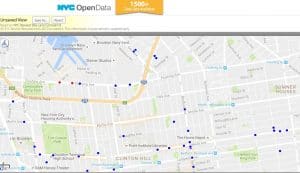 A few hot spots stand out: There’s a stretch of First Avenue in Manhattan from 14th to 35th streets where the lanes seem as clogged as a lifelong Mickey D eater’s heart. Vernon Boulevard along the East River in Queens has seen many complaints. In Brooklyn, barricaded lanes cluster on DeKalb and Lafayette avenues, in the midsection of Park Slope, and just all over the downtown area. The number of times police took action against lane blockers? At last count, that’d be 23 instances out of 202 complaints.

Is it helpful to allow citizens to report bike lane violations?

Whether you love or hate bicycle riding on the roadways of our fair city, bikes are here to stay and should be. So, let’s get along and make sure all roadway stakeholders are safe. Here is a PDF of the safe bicycling rules of the road (no email address required).

The traffic rule is very clear. Bicycle lanes are no stopping zones. This means that you and I are not permitted to halt our car or delivery truck in a bike lane, even for a NY minute. You cannot stop temporarily to drop off or pick up passengers, groceries, or make deliveries. It is very dangerous to the safety and well-being of all of us to make sure bike lanes are not obstacles courses.

Here’s one view of a bike lane map that shows blue dots for the complaints reported and red dots for the enforcement activity. As you can see, the complaints far outnumber the enforcement action taken by the gendarmes. Does this mean that reporting violations are not helpful…I don’t think so. It is a great start and empowers us to report dangerous activities of drivers.

Let’s take an enlightened view of roadway safety and stay out of bike lanes.

What are your thoughts? I’d love to hear ’em.

P.S. A brief epistle to bike riders…Instead of denying all responsibility for unsafe roadways, lose the arrogance and chill. I recognize bicycles are a wonderful way to get around (especially in urban areas) and are here to stay and prosper, but so are automobiles. Roadway safety is a two-way street. Let’s learn how each stakeholder can make the roadway safer for all. 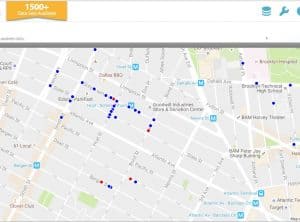