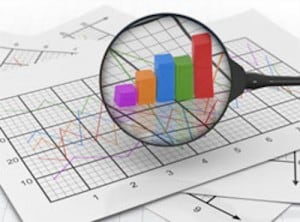 I was a psychology major at the University of Connecticut. Unfortunately, my mortal enemy was math, and my downfall was statistics. Exit psychology…enter a career in law. Lawyers don’t have to add.

I found many kindred spirits, who were mathematically challenged, during my 35 years practicing law.

Despite my aversion to math, I love facts and figures. I’ve read some amazing NYC parking ticket statistics, which I’d like to share wit chu.

What’s a city and country to do about diplomatic scofflaws?

There have been some interesting solutions offered by angry politicians. For example, Mayor Giuliani vowed to tow certain vehicles registered to scofflaw diplomats.

“According to city statistics, New York is owed $21.3 million on outstanding tickets issued to vehicles registered to diplomats between 1997 and 2000. But the city has long refrained from towing the cars out of respect for diplomatic immunity.

The State Department reacted to the change in policy with a sternly worded statement that warned that the new policy ‘could have broad international consequences.’

Diplomats said they were surprised and described the policy as an overreaction to an acknowledged problem that is diminishing.

The policy would affect only about 500 cars driven by people assigned to the approximately 100 consular offices in New York City. An additional 2,000 diplomats who are assigned to their countries’ missions to the United Nations would not be affected.”[NY Times archives]

There is now a law on the books authorizing the U.S.A. to withhold 110% of outstanding NYC and D.D.parking ticket fines from the foreign aid. NYC does not receive this money.

There is legislation pending in the foreign relations committee:

“The legislation asks that ‘whenever a foreign country owes NYC parking fines as of September 15 of each year, the Secretary of State shall deny the renewal of diplomatic license plates, withhold any obligated funds to that nation, and re-appropriate any of the obligated foreign aid funds for the amount outstanding.’ ” (via Village Voice)

Would you hand carve scarlet letters on diplomatic foreheads? Braveheart ’em? Circumvent diplomatic immunity and tow ’em? What do you think?