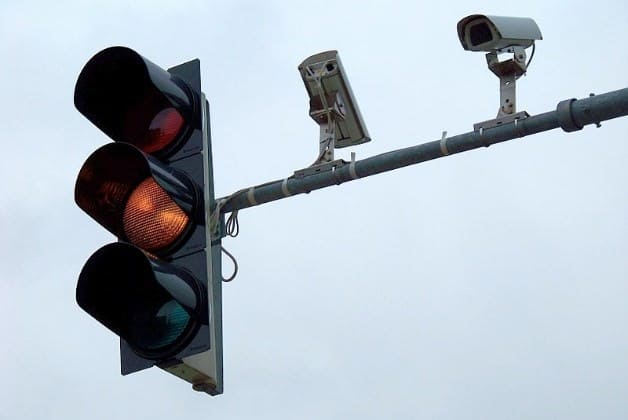 You can beat a red light camera ticket, too

I love hearing from wonderful members of the driving public who fight when they’re right and win. Last week I received an email from Robert sharing news of the dismissal of his red light camera parking ticket. Bravo, hip-hip-hooray, kudos to Robert!

In June I was issued a red light ticket.  I’m the only one driving my car and I admittedly was in the car when the ticket was issued.
When I got the ticket I was shocked.  I never go through red lights AND I know of the camera at this location since I travel it every day AND in case I forgot my WAZE reminds me each day.
I was shocked at the issuance of the ticket and started wondering where my head was that day until I inspected it more carefully.  I was proceeding straight (on Queens Blvd.) and the red lights shown on the ticket were for the turning lane!
I submitted a defense and just received the following decision (of course not acknowledging the fault of DOT!):  “…Persuasive denial claim and timely submission warrant dismissal.  Dismissed.” Robert realized that the red light was only for the turning lane. His chariot was traveling in the through lane.

Here are the documents: 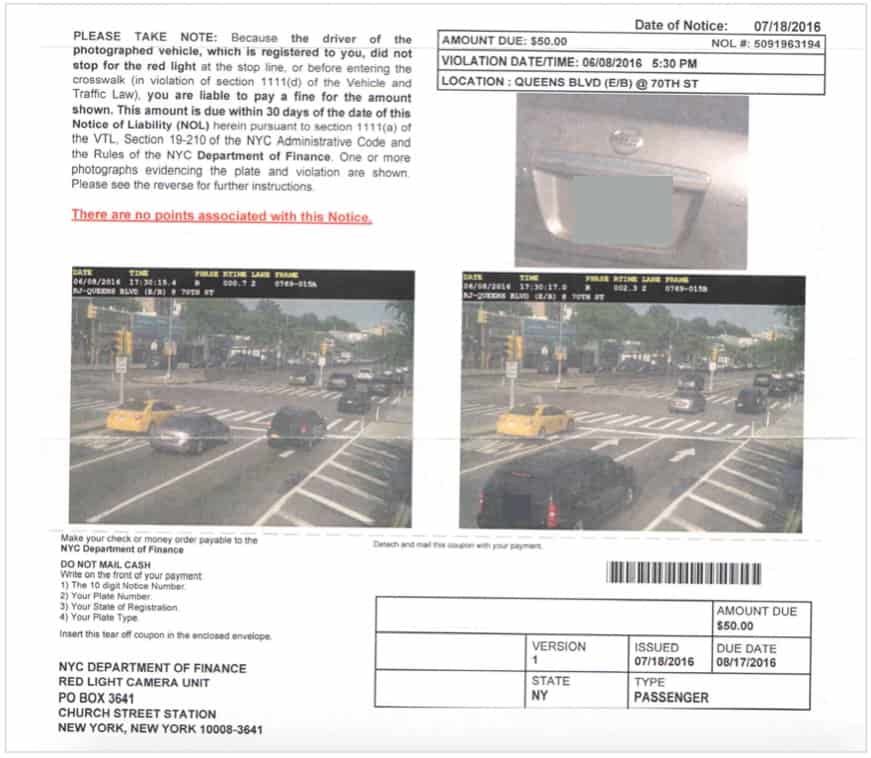 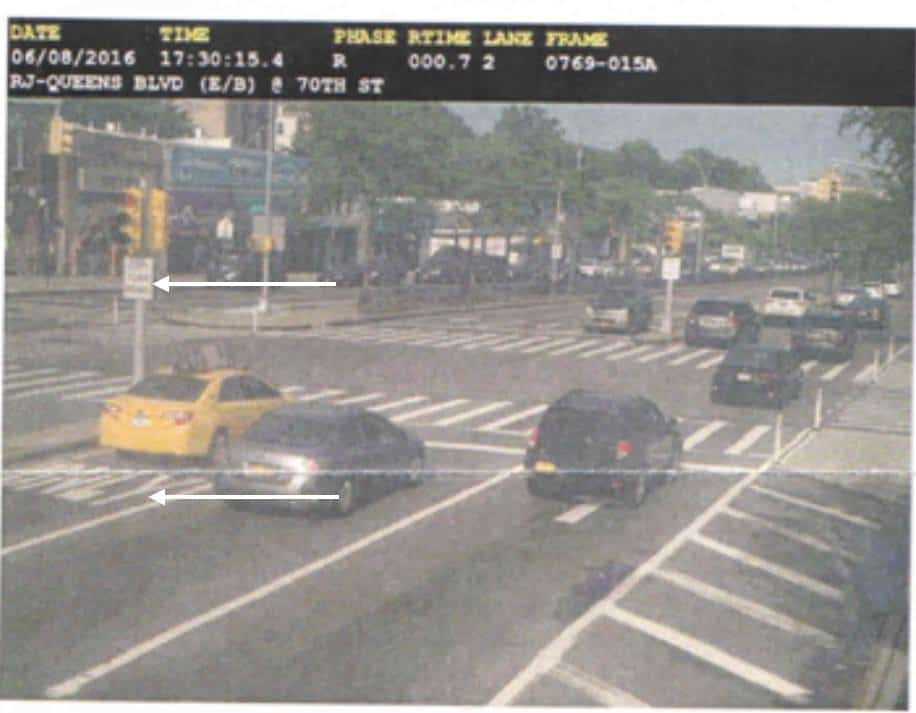 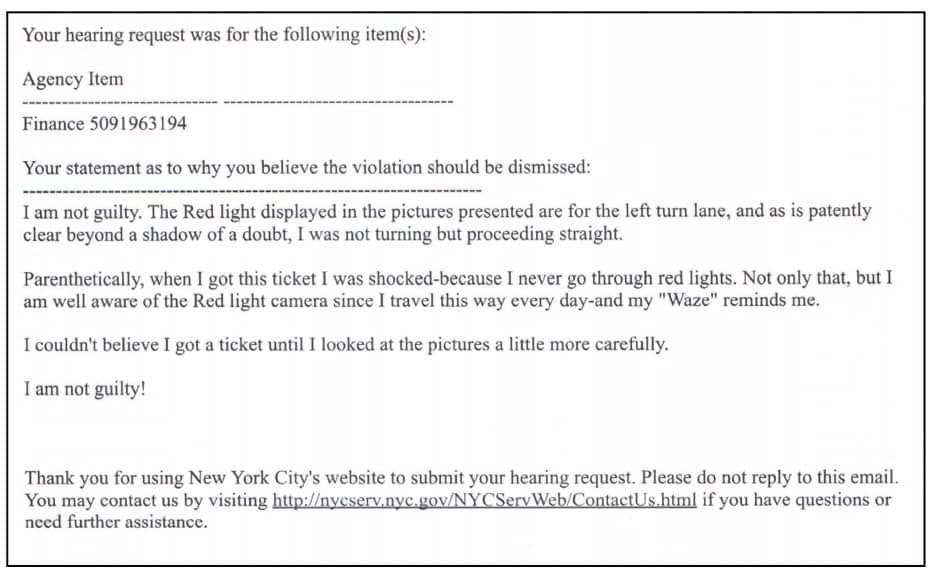 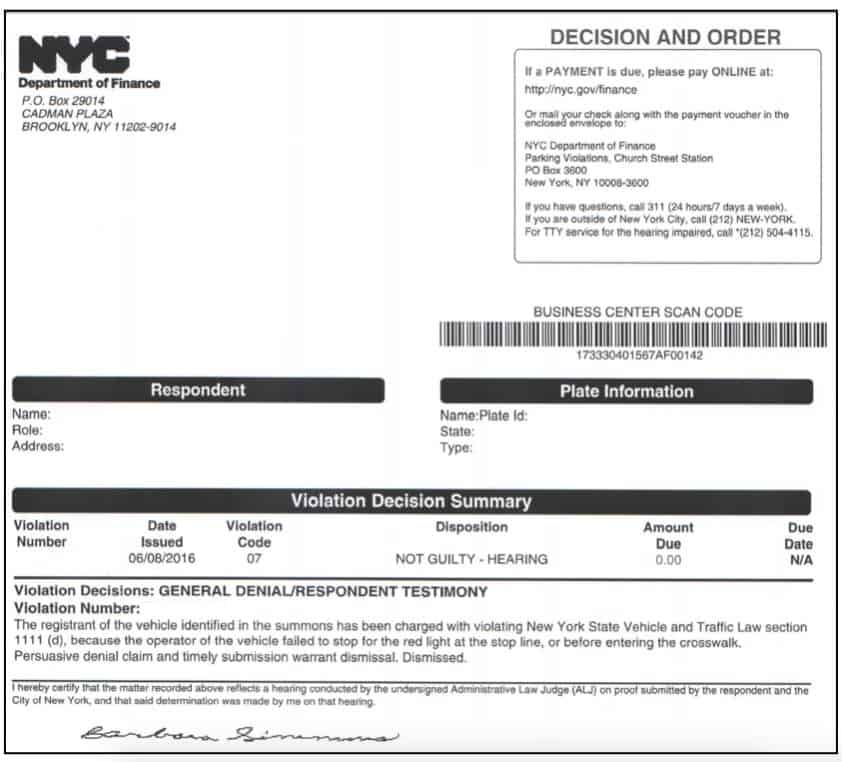 How about another round of applause for Robert, his defense, and his kindness in sharing his success with us. 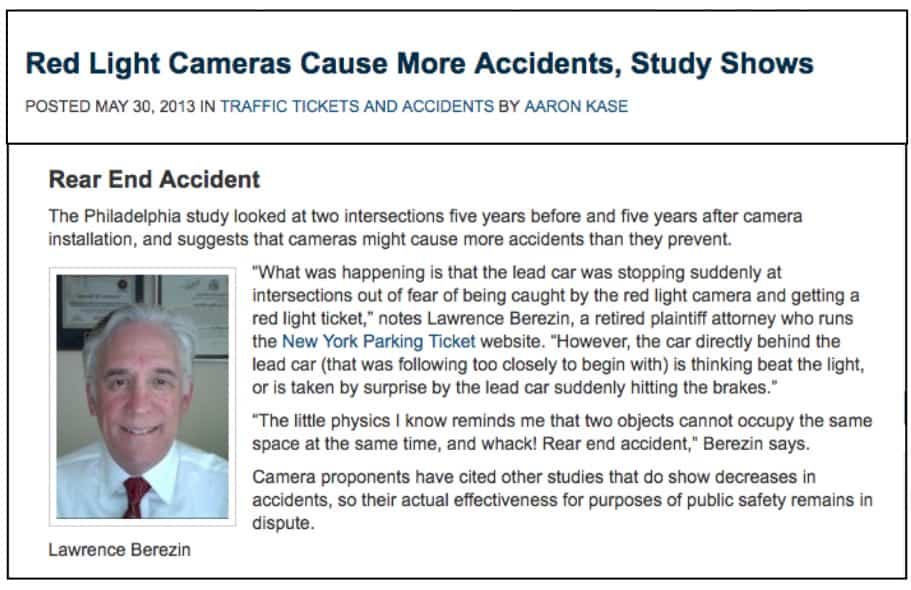 What do you think about Robert’s success? Have you ever gotten a red light camera ticket, fought it and won?