Home » Blog » Can you Still Get a Parking Ticket if your Plates were Destroyed?
Share4
Share
Pin
4 Shares 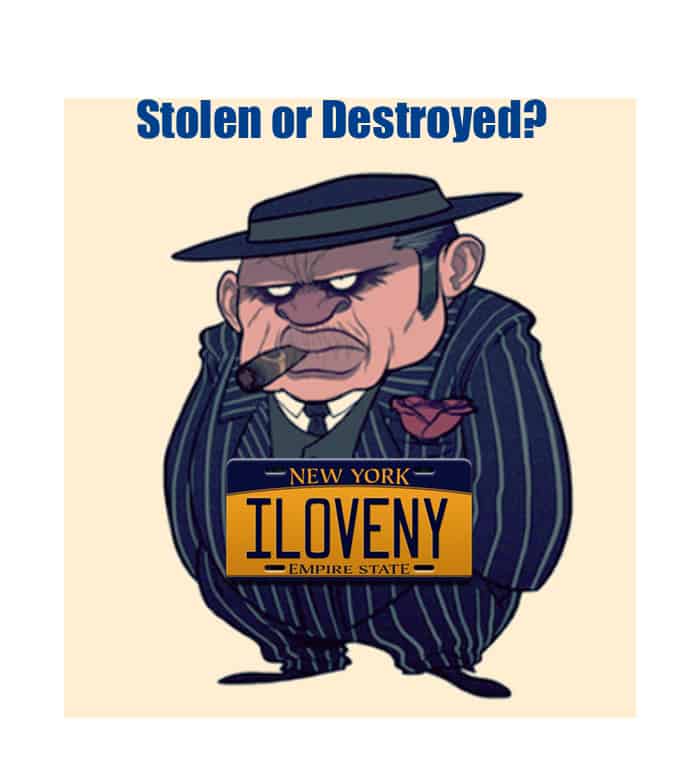 A parking ticket was issued to destroyed plates

Here’s a story about a parking ticket, a wonderful couple who sold their chariot and turned in their license plates to the NY DMV in 2013. They were given a receipt for their plates and a promise that the plates would be destroyed.

Fast forward to 2017, Our New York couple got an epistle from the Evil Empire saying that they owed 100 bucks for two outstanding parking tickets issued to the old, destroyed plates. But, they didn’t even own a car in 2017. Can this really happen?

Here’s what happened next

The Durells disputed both parking tickets. They sent in their:

Guess what? The expired meter ticket was dismissed but they were found guilty of the parking violation for the plate not matching the registration sticker.

The Durells sent in their paperwork for the plate/sticker violation a second time along with a written statement saying:

“My husband is 85 yrs. old. I am 77. We are not able to keep dealing with the problems of your office. Please correct your records!”

WPIX to the rescue

The Durells contacted Arnold Diaz to help them resolve this nightmare.

Mr. Diaz had a meeting with one of the Evil Empire’s Darth Vaders, who advised that the Durells re-submit their paperwork. Lo and behold, a few weeks later, the parking ticket was dismissed

There were two parts to this nightmare. The first part was to determine how the plates found their way to another car.

“A department official said the plates are sent to a recycler in upstate New York. But, he admitted, there have been instances of surrendered plates turning up on other vehicles.” O.K. now that makes sense. Somewhere between NYC and Upstate NY, the plates fell off the truck and into the hands of a bad guy who sold the plates to some another bad guy.

But, why would the Evil Empire find someone guilty of a parking violation when they offer the proper proof that their car was sold and the plates were turned in to the NY DMV?

That was inexcusable! The rogue judge’s who don’t do the right thing and dismiss these unjust parking tickets should be held accountable. We shouldn’t have to contact Arnold Diaz to get some parking ticket justice.

Here’s a story about an unjust parking ticket issued to a car that never parked in our fair city.