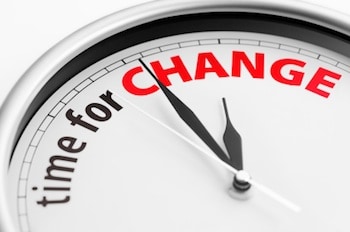 In December 2008, the NYC Council passed an amendment to the NYC pedestrian ramp parking law that allowed parking in front of a pedestrian ramp located mid-block on the long street of a ‘T’ Intersection, in the absence of marked crosswalks and traffic control devices (34 RCNY 4-08(f)(7); VC 67).

Despite the change in the parking law, a revised Rule was never published. Parking ticket warriors and police officers were still issuing NYC parking tickets for pedestrian ramp violations which were no longer illegal.  Hearing officials were still finding members of the NYC driving public guilty as charged. The pain is $165 for the parking ticket, and in many instances, $185 for the tow.

Our visitors, friends and clients frequently hear the mantra of New York Parking Ticket LLC,  “When you’re right-FIGHT!”  Dan and I took action to right a wrong. We successfully persuaded the DOT to revise the pedestrian ramp rule in writing and to call off the warriors.

How did we do it?

We used the power of the Internet and social media to carry out change. Amazing.  Here’s how:

The DOT responded to our tweet in an Internet nanosecond by confirming the Rule was amended in December 2008, and promising to publish the revision. The next day, December 17, 2009, 34 RCNY 4-08(f)(7) was revised in writing.

Four days later, I received an email assuring me that all stakeholders will be reminded to enforce the rule properly, as amended.

Kudos to the DOT for such a prompt response, and immediately taking action to fix the problem. A tip of the hat for having a Twitter Account that really works!

Thank you for your recent email about parking at “T” intersections.

The New York City Traffic rules have been modified in December 2008 to allow parking at some “T” intersections, those without traffic signals or all-way stop signs or crosswalk markings. These locations have caused confusion in the past, as they were not clearly delineated as spaces for pedestrians or cars.

Parking is now permitted at those “T” Intersections where the adjacent (major) street is not marked with a crosswalk and not controlled by all-way stop signs or traffic signals, even if there is a curb cut at that place.

We have been informed of instances where police officers or traffic enforcement agents may not be aware of the rules change and have issued summonses for parking at T-intersections where parking is now legal. We are working with the Police Department to make sure that all of its people are aware of the rules change, and with the Department of Finance, which adjudicates summonses, to make sure that summonses that may have been issued in error are properly adjudicated.

Thank you for writing to the New York Department of Transportation.

We are a family of people who navigate their vehicles through the mean streets of NYC every day. We have to help each other avoid the illegal sting of a parking ticket warrior’s scanner. How can you help? Share your NYC parking and parking ticket experiences. Spread the word. Tell you neighbors about the change in the rules. Tell us what worked for you at a hearing; and what didn’t work.

Most of all, take action to right a wrong. The DOT showed us how a City agency can be responsive to concerns raised by a member of the NYC driving public, in a respectful way. The DOT is on Twitter!

I can’t say enough about how quickly the DOT acted to resolve a problem. Let’s hold other City agencies to the same standard. Don’t sit back and let the other guy solve the problem. Put down the changer, get off the couch and right a wrong.

Next stop, the improper enforcement of BLOCKING THE BOX! We can sure use your help. Take a camcorder to a busy intersection, and capture our parking ticket warriors on tape ignoring traffic until the light turns red. Then racing into the intersection and wrongfully issuing parking tickets. These enforcement tactics are wrong. Help us fix it!
Share your opinion. It means a lot to us.