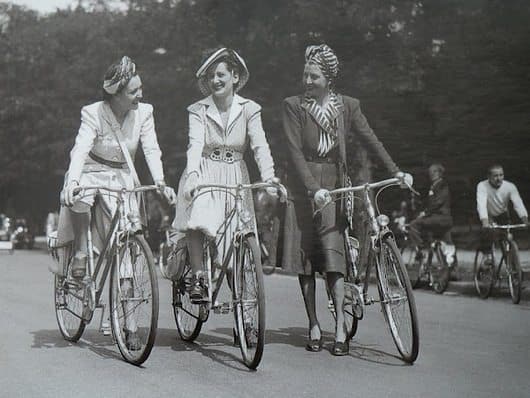 Have you spotted the metal bike share racks yet?

The NYC driving community was alerted by the media and politicians in 2011 that a bike share program, making 10,000 bicycles available throughout Gotham City, was coming in the Spring of 2012. The bike share program has finally arrived:

“The city’s long-anticipated bike share program is scheduled to make its début in May [2013], allowing New Yorkers to pick up and deposit rental bikes at hundreds of locations, most of them, so far, in some of the wealthiest neighborhoods. Anyone waking up on a Sunday morning in TriBeCa, finding nothing in her refrigerator and hankering to go to Smorgasburg in Dumbo, Brooklyn, for instance, will now be able to do that with relative ease.” [via NY Times].

Can you imagine the reactions of Gotham’s town folks?

You can’t tell your anti-bike share coalition without a scorecard. Here are just a few:

Are you ready to rumble or become a founding member of the bike share program?

The total cost of a yearly membership is $103.43 including tax.

I am an unrelenting advocate for the driving public. I hate unjust parking tickets, and any bad behavior directed at my community. But, bicycles and other alternative means of transportation are here to stay in Gotham City and other metropolises across our wonderful country. Can we learn to co-exist with the Russians? The small village in Martha’s Vineyard did.