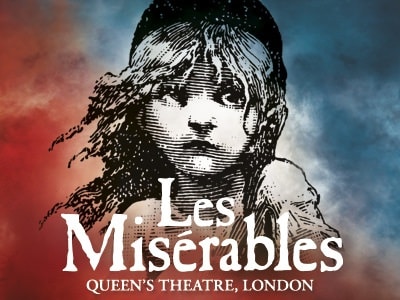 How would Jean Valjean respond to an NYC parking ticket?

Here’s a man who served a prison sentence for stealing bread to feed his sister’s children during a time of economic depression. When it comes to parking violations, does the punishment fit the crime?

Here are some real life examples:

-There was a young man who moved to Washington, D.C., arriving in town at 2:30 a.m., in his car, packed full of all his worldly belongings. Unfamiliar with the area, he double parked in front of his new apartment house to unload his T.V. and computer. He wanted to leave these items in his apartment lobby and find a parking space to unload the rest of his stuff. Guess what happens?

-A police officer pulls behind our new neighbor and tells him to move his vehicle. Our guy tries to explain that he is new in town, and wants to move his T.V. and computer into the building before he parks his car to unload. The result? Our victim was issued a $50 parking ticket by one of D.C.’s finest.

The next day, the young man parks his car near his apartment in front of a driveway that has been converted to a private garden. Right again, a second $50 ticket. Does the punishment fit the crime?

-Here’s one of those “postman bites dog” stories. In a New Jersey town, the Municipal Court Judge was fired because he failed to generate revenue from parking tickets and traffic penalties comparable to nearby localities. The founding fathers of this tiny hamlet boasted about their decision. The Judge didn’t produce sufficient revenue, so he’s gone. Wow!

-In a town in New Hampshire, one of our commentators shared how they deal with unfair parking tickets. There is a group that travels around town monitoring parking meters. If a meter is about to expire, they put the money in. Can you guess the name of this band of merry men? You’re right again, “Robin Hood”. They leave an envelope on the windshield requesting a donation. Would you donate? Somehow, I don’t think this tactic would work in NYC.

As reported in a prior post, a young mother parked in a bus stop zone to give her baby medical attention. She was immediately given a parking ticket. The parking warden said, “It’s not my problem”.

So, who’s problem is it? How do we solve these parking ticket challenges? What is your opinion?