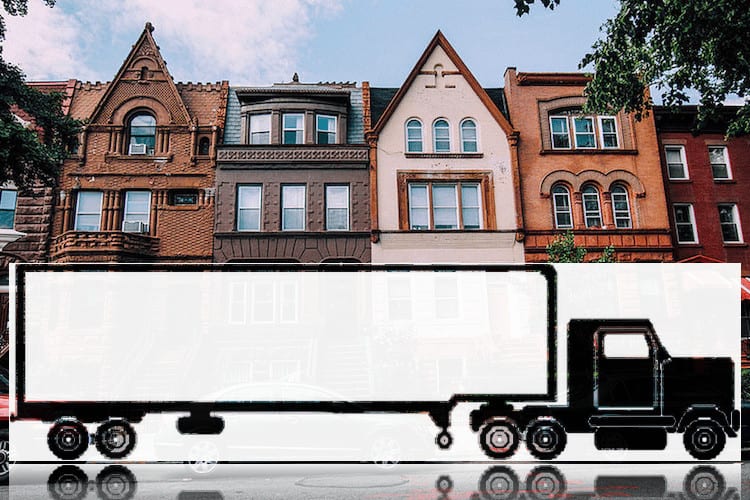 Once upon a time, not so long ago (2010), a law was introduced that dramatically increased the parking fines for parking a tractor-trailer on a residential street between 9P-5A. The parking fines skyrocketed from $65 to $265 for the first offense and $515 for later offenses. The intent of this bill was to reduce noise, pollution, and free up curbside parking spaces. However, enforcement of this new law has been missing-in-action.

“But the politicians say the city’s Department of Finance has yet to print new parking tickets with the heftier fines on them, meaning many truckers are only getting busted with the cheaper $65 penalty.

“That was basically the cost of doing business for these truck drivers because it’s cheaper than a hotel room,” said Klein’s spokesman Eric Soufer, who said the lack of new parking tickets “totally undermines the purpose of passing the law, to begin with.” [via DNAinfo.com New York].

What NYC neighborhoods affected most?

Tractor trailer overnight parking poses a big headache for Throgs Neck and Pelham Bay neighborhoods where truck drivers pull off the highway and camp out overnight; oftentimes idling their engines. According to Kenneth Kearns, district manager for Bronx Community Board 10:

“They have residential space in the back of their trucks and they sleep there, and to keep the air conditioner going, they keep the engines running,” Kearns said. “They take up three, four or five parking spaces. These guys don’t care.”

“In a response to the elected officials’ concerns, the Dept. of Finance said in a letter last month that it has updated its fine structure to reflect the new law, “but we are not able to list every violation on the handwritten tickets,” and that traffic enforcement officers can write the steeper penalties on tickets themselves. But the Bronx politicians say the city hasn’t instructed the NYPD about the new fines.”

The Evil Empire is a laggard in providing the tools to sock the tractor-trailer driving community with huge fines for overnight parking. The 2010 law seeks to assassinate noise and pollution and pump up the volume in revenue from this parking violation. Why?

I received a call from a tractor-trailer driver with “sticker shock” asking me to say it ain’t so that fines were increased to $265 and $515? He was shot 3 times.

Is tractor-trailer overnight parking a concern in your neighborhood? How’s enforcement? Please comment. Your opinion matters to us (a lot).

How ’bout a super customer success story? Here’s one that shredded a $115 parking ticket for a No Standing/Parking violation. Here are the winning documents I prepared. Simply click on the pretty button below for your FREE case study.