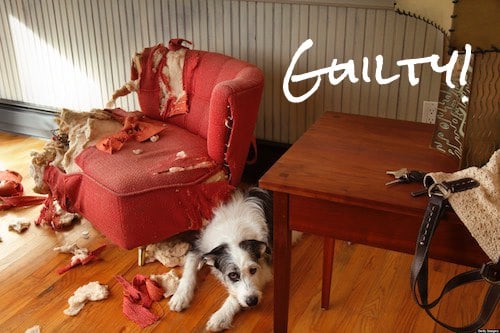 A parking ticket case to remember

I represented Natalie, a wonderful member of the driving public, in her parking ticket case against the Evil Empire. Natalie was charged with a No Parking violation. The parking ticket warrior described the place of occurrence as:

However, I discovered during my investigation that the place of the occurrence described a parking space regulated by a No Standing rule, not a No Parking rule. I prepared a defense certification for Natalie’s review and approval and a series of 11 exhibits.

Why did the judge find Natalie guilty?

Here’s a copy of the judge’s decision… 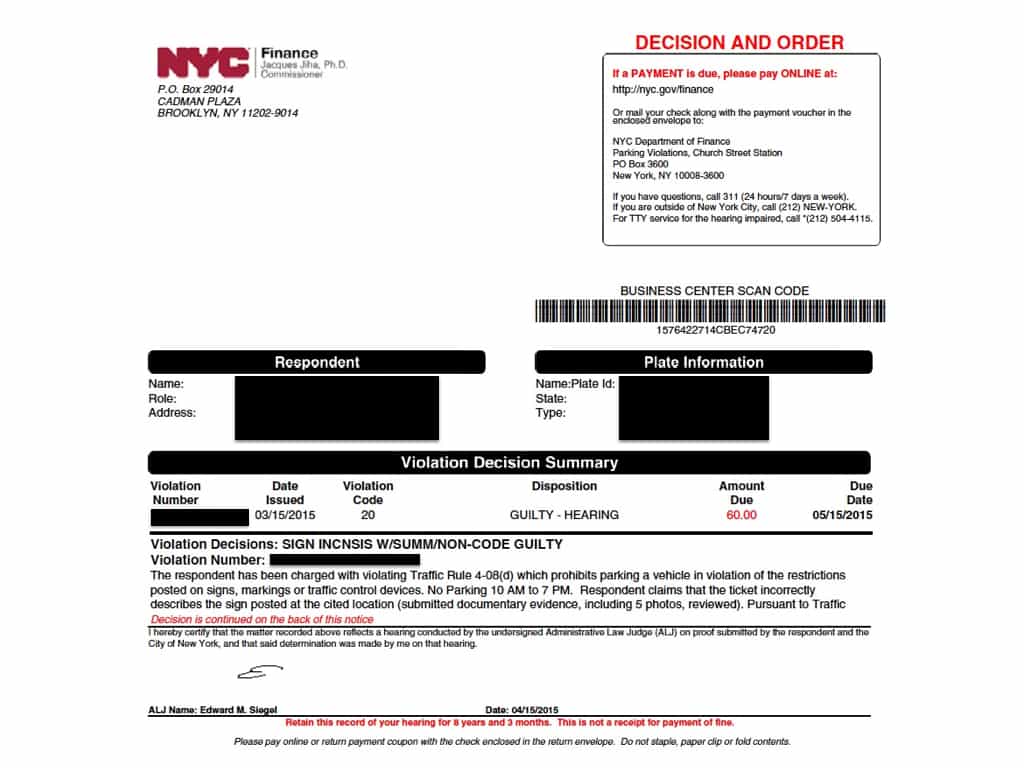 The judge reasoned that a portion of Natalie’s car must have extended into the adjacent No Parking zone.

Was there any evidence to support the judge’s decision that a portion of Natalie’s car extended into the No Parking zone?

Here’s a link to the first blog post that contains all 11 exhibits. 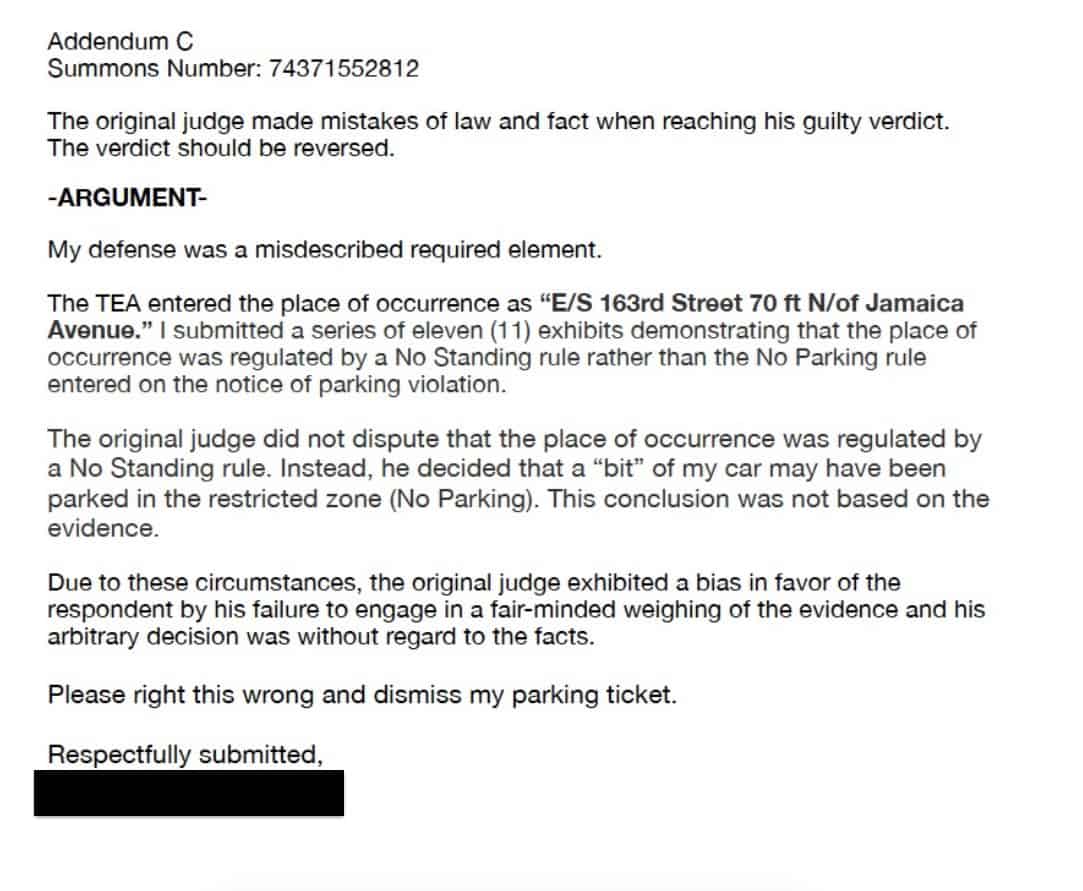 Why did the judge find Natalie guilty? The parking ticket judge conjured up facts that were not in evidence. The judge made a leap of faith that:

The judge’s reasoning may have merit if it was based on facts in evidence. However, none of these facts were entered on the parking ticket. All the warrior had to do was to write:

The original judge’s decision should be reversed by the parking ticket appeals panel inside the PVB.  Will it be?