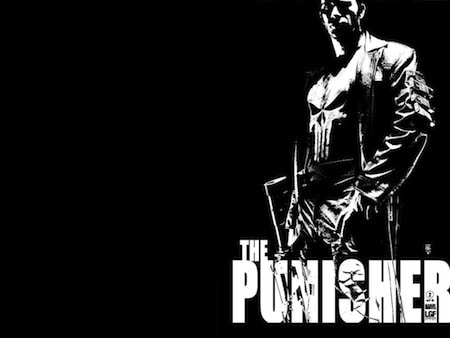 What if “The Punisher” is not available to fight your parking tickets?

I frequently receive epistles from irate members of the driving community upset by recurring, unjust or illegal, NYC parking tickets. Jim recently posted a comment on Larry’s Blog about receiving weekly parking tickets for parking a commercial vehicle on a residential street overnight, despite the fact that Jim’s van was properly registered as a passenger vehicle.

Jane set a record for unjust pedestrian ramp parking tickets. She regularly received $165 tickets for parking in a legal space in front of a mid-block pedestrian ramp with no crosswalks, traffic control devices or traffic signs regulating traffic.

To add insult to injury, the Evil Empire still finds you guilty despite submitting the proper proof of your innocence.

Reach out for help from one of the many local T.V. News Shows

I tip my hat to ABC Channel 7 On Your Side, and Shame, Shame Shame hosted by Arnold Diaz from Fox 5 NYC, as well as all the other shows that fight the good fight for consumers. Here is an example of 7 On Your Side fighting for a member of the driving community who was issued a parking ticket before he purchased the car that received a parking ticket. You gotta check this out…

“NEW YORK (ABC) — The Long Island car owner said he felt like David going up against Goliath fighting over a parking ticket.

He duked it out with New York City for nearly a year and got nowhere, and then turned to 7 On Your Side.

“I said ‘No. I’m not gonna give this to the city,” explained Jose Rivera.

Rivera has drawn his line in the sand. The professional importer is refusing to pay the city of New York $115 to settle this 3-year-old double parking ticket.

“I just knew I wasn’t going to pay for this bill,” Rivera said.

The reason’s simple – the ticket was issued a few days before Christmas 2011, but Jose didn’t buy his car – a Honda CRV – until a month later.

“So obviously there’s a mistake,” he said.

And there’s another trouble with the ticket, which states the offending car was black. Jose’s car is red.

“I said I’m gonna exhaust every effort that I can,” Rivera said.

That meant paying DMV for the history for his plate, revealing Jose was the first and only owner – a month after the ticket was issued. Then he made some calls. When that didn’t work, he appealed in writing.

“Three times. The first time they basically didn’t open the envelope,” he said.

The next 2 times – guilty. No explanation was given. In March, the fine had grown to $175. If he doesn’t pay, his account could be sent to a collection agency, his bank account could be frozen and his car even seized.

“A lot of people were telling me, just pay the damn thing and get rid of it. I said no,” Rivera said.

But we said yes – to helping – and asked the city’s Department of Finance to take a second look.

Finally, the city admitted their error in writing and tore up the ticket.

A rep for the Department of Finance says the officer who wrote the ticket probably got the plate number incorrect. He couldn’t explain why the appeals failed, but said they’re happy they got it right.”

I suggest if you’re getting illegal, recurring parking tickets in the same neighborhood, go the police precinct and lodge a complaint. The police supervise the Cops and Warriors . So, you’ll kill 2 rogues with 1 stone.

If that doesn’t work, alert the media. Scam parking tickets are newsworthy in New York City. When you’re right, fight…When you need the Punisher contact the media. They know where he lives.