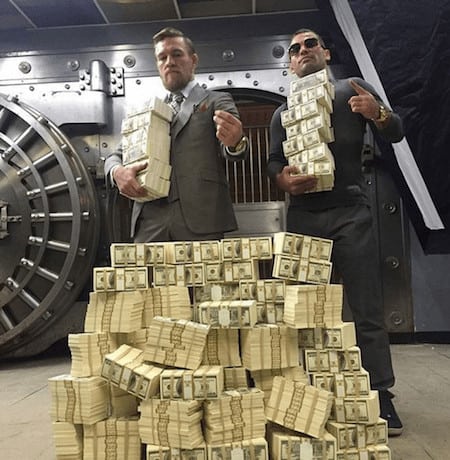 Would you park illegally, if you could get away without paying parking tickets?

“George Mason University economists Garett Jones and J.V.C. Nye set out to solve a riddle: What makes someone likely to obey the law in situations where there’s no chance for punishment?

Before 2003, diplomats enjoyed just this type of impunity when parking on city streets. Hundreds of United Nations representatives and foreign consulate officials in New York were free to ignore parking tickets issued by police without fear that their vehicles would be impounded.”

Thus, introducing the first real consequence. What was the result of the new law?  Unpaid tickets plummeted. But even in the freewheeling era of diplomatic immunity, not every nation’s diplomats ignored parking tickets just because they could. As the economists note:

“Delegations differed widely in their scofflaw tendencies: The median diplomat averaged 8 unpaid tickets per year, the standard deviation was 33 tickets per year, and the maximum was 250 per year (from the Kuwaiti delegation).”

“Those statistics, from 1997 to 2002, are on a per-diplomat basis. That means each Kuwaiti diplomat averaged almost one unpaid parking ticket per business day over that stretch — nearly double the average for the Egyptian delegation, which had the second-highest average rate of unpaid parking tickets. (Fun fact: these fines remain unpaid. Kuwait and Egypt topped a 2010 list of nations in debt to the city for parking violations — owing $1.2 million and $1.9 million, respectively.)

Chad, Sudan, Bulgaria, and Mozambique all averaged more than 100 unpaid tickets per diplomat each year. On the other side of the spectrum, 21 countries had zero unpaid tickets, including Canada, U.K., Israel, Turkey, Oman, Ecuador, Azerbaijan and the United Arab Emirates.

Looking through the unpaid ticket numbers, the George Mason economists found a strong correlation: Delegations with more unpaid New York City parking tickets were likely to come from countries with lower national average IQ and average years of education. Diplomats from higher-IQ nations were likely to have fewer unpaid parking tickets, even when the city made no effort to enforce the law.

In fact, Jones and Nye argue that a low national IQ is a better predictor of unpaid parking tickets by diplomats than home-country corruption or GDP. (A note here on IQ: the authors aren’t arbitrarily calling countries dim. Economists regularly use national IQ averages in studies, although the metric is not without its critics. (Here’s background.)”

“Social capital” is defined by Wikipedia as:

“Social capital is a sociological concept, which refers to connections within and between social networks. Though there are a variety of related definitions, which have been described as “something of a cure-all”[1] for the problems of modern society, they tend to share the core idea “that social networks have value. Just as a screwdriver (physical capital) or a college education (human capital) can increase productivity (both individual and collective), so do social contacts affect the productivity of individuals and groups.”

One of the author’s conclusions was the more intelligent the diplomats were from a particular country, the less they attempted to exploit the laws of the host nation (in this case, the good, old US of A). The diplomats held a belief system of go along to get along.