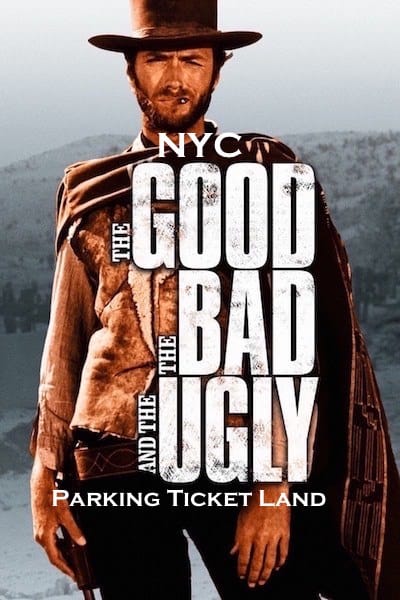 A 7-month-old miniature bull terrier, Colonel Phillips, known to the neighborhood as “The Colonel” was shot by a police officer while issuing a parking ticket. The owner of the van ran out of the house, followed by “The Colonel,” to move his van.

“My little bull terrier followed me out,” Phillips explains. “Then, all I hear is boom! Boom! Two shots. You shot the dog!”

“One eyewitness, Charlene Dezego, told FOX 32 News that she heard the officer warn Phillips about the dog being loose, but the officer never sounded like he was in danger.

The wacky world of parking tickets

“He needed five hours surgery. They took shrapnel out of his stomach. He had shell casing in his leg. It lacerated his muscle. We were going to show him, but we can’t now,” Morgan says.

While FOX 32’s Larry Yellen was interviewing the dog’s owners, two police officers drove by the home. 90 minutes later, they came back, asked Phillips why he had contacted the media and gave him a ticket for not keeping Colonel on a leash.

“They were giving us a ticket, three days after the fact,” says Phillips. “So I think they’re probably trying to cover their rear ends.”

A police official says the shooting is being investigated by the independent police review authority, which investigates all police shootings. The Phillips family says they’re considering a petition drive to have the officer who shot their dog taken off the streets.

They also say that after shooting the dog, the officer put his gun back in his holster, and calmly finished writing the ticket for their van.

I am absolutely appalled at the grotesque behavior of the police officer…Shooting a puppy? C’mon man. The reason I’m writing about this sad tale is that we have to control our emotions when a minor event triggers a major emotional reaction. Remember the story about a man who punched a woman over a parking space? She fell, struck her head, and suffered permanent brain damage. The guy went to jail. All of these terrible consequences over a parking space?

Have you ever suffered a bout of “road rage?” Thank G-d we don’t have a camera in our car to record our horrible behavior.

There is enough serious stuff we have to deal with in life…The death of a loved one, disease, loss of a job, depression, gun violence, etc. A dog was shot because of a parking ticket. A young lady suffered brain damage because of an argument over a parking space that ended in violence.

You may be interested to read a post I wrote on my law blog about an NJ Appellate Division and Supreme Court decision whether a pet owner is entitled to damages for emotional distress as a result of witnessing the death of her dog.

Have you ever gotten a parking ticket for expired or improper registration? Do you know how to beat it? Is there a difference between expired and improper? Check out this blog post for the answers.