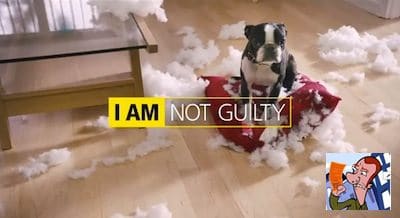 Have you heard the story about a judge who fought an NYC parking ticket for parking at a broken muni-meter and lost the original hearing and appeal?  Supreme Court Justice Geoffrey Wright initiated an Article  78 action in NY Supreme Court after losing a battle and appeal in the Parking Violation Bureau. The judge claimed that he knew the rules better than the administrative law judge who found him guilty after a hearing.

Was the Supreme Court judge smarter than:

Geoffrey Wright parked his 2006 Mazda sedan on the west side of Third Avenue between East 86th and 87th streets on April 18, according to the Manhattan Article 78 action. The muni-meter for the one-hour spot was broken, so the judge just left his car and returned 30 minutes later to find an agent issuing a ticket — even though Wright says the officer never checked to see if the meter was functioning.

The 66-year-old jurist contested the ticket, saying that Traffic Rule, 4-08, “permits a driver to park at a broken meter for the time allowed by the nearest sign.” Wright “testified the muni-meter was broken as it did not dispense receipts, but this is not supported and not a valid legal ­defense,”

The original judge found the Supreme Court judge guilty and stated in his decision that Wright testified the muni-meter was broken as it did not dispense receipts. However, there was no testimony or evidence that [Wright] made any effort to purchase a receipt from another machine on the block, as required. Guilty!”

Did the judge fight when he was right?

There are two elements in every parking ticket case:

Was there a winning defense? Nope (unless there were omitted, misdescribed or illegible required elements). Here’s the Rule:

The steps a driver is required to take to secure the proper proof to beat an NYC parking ticket for parking at a broken meter is onerous. Do you really want to: