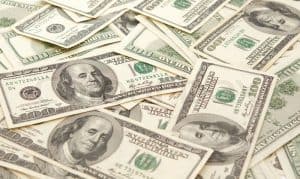 Here’s what happens when parking ticket warriors screw up If Assembly member, Michael DenDekker’s Bill is passed by the NY State Assembly.  Four powerful words will ring out in NYC parking tickets courts across the five (5) boroughs, “Pay the motorist $100.”

Here’s the current language of the Bill, which has been referred to the Transportation Committee:

” AN ACT to amend the administrative code of the city of New York, in relation to an erroneously issued parking violation summons

Section 1. Section 19-207 of the administrative code of the city of New York is amended by adding a new subdivision c to read as follows:
“WHERE THE HEARING OFFICER DETERMINES THAT A PARKING VIOLATION SUMMONS WAS ERRONEOUSLY ISSUED DUE, TO NO FAULT OF THE PERSON RECEIVING SUCH SUMMONS AND IS DISMISSED BECAUSE THE DRIVER DID NOT VIOLATE ANY LAW, THE COURT SHALL ISSUE A ONE HUNDRED DOLLAR PAYMENT TO THE PERSON WHO WAS ISSUED THE TICKET.”

According to statistics quoted by Assemblymember DenDekker, 14.7% of all parking tickets were dismissed, and 17% of all appeals were reversed in favor of the driving public.

EFFECTIVE DATE: This act shall take effect on the sixtieth day after it shall become law.

Here is an article from yesterday’s New York Daily News on the erroneous parking ticket penalty bill, which you may find interesting.

Bravo to Assemblymember DenDekker for his passionate response to a serious challenge facing the NYC driving public every day. I love reading Bill’s Memo. It identifies a major challenge and offers a solution based on accountability.

In my humble opinion, in its present form, by targeting “mistakes,” and potentially exposing NYC to $6M worth of liability, this Bill will never see the light of day. Does the DenDekker Bill reward a  person $100 who parks next to a fire hydrant, but whose ticket is dismissed because a parking ticket warrior entered the wrong place of occurrence by mistake? Or does the Bill exclude all parking tickets that are dismissed because of omitted, misdescribed, or illegible required elements?

How would the Bill deal with parking tickets that are dismissed because a defense to a violation was properly proved? For example, if a member of the driving public is charged with a No Standing violation, presents the proper proof that he/she stopped temporarily to discharge a passenger, and persuades a judge to dismiss the parking ticket. Is this member of the driving public awarded $100?

I would approach a solution from a different angle. First, I would start performance reviews, based on the numbers. if a warrior’s performance in issuing parking tickets that stick falls below a certain level, he/she is terminated. Get rid of the badly behaved, or incompetent warriors. For example, if a warrior issues 200 parking tickets, and some unacceptable percentage of those tickets are dismissed, the warrior’s performance is unacceptable. The warrior should be terminated.

Second, start a real effort to target warriors that take part in parking ticket scams. For example, warriors are still issuing illegal, $165 parking tickets for blocking legal pedestrian ramps. The rogue warrior’s signature appears at the bottom of the parking ticket. Either the warrior disregarded the rule, and knowingly issued a bogus parking ticket; or didn’t know the law. Either way, the warrior should be terminated immediately.

The parking ticket and tow scam. An unsuspecting member of the driving public parks their vehicle in a legal parking space overnight. The next morning the car is gone. A warrior issues a parking ticket BUT, inserts a different, illegal, place of occurrence. Shame on the warrior. The name of the warrior appears on the parking ticket. Terminated!

Track the parking tickets, and hold warriors accountable for participating in scams, not knowing the rules, or making too many mistakes by terminating the laggards.

Get rid of the bottom X percent of bad or incompetent warriors. I agree with Assemblymember DenDekker’s wonderful goal. But, I would approach it from a different angle.

How about you? Would you keep it simple, and strike at NYC’s wallet to make your point? Any thoughts? Please share them. Your ideas are important to all of us.