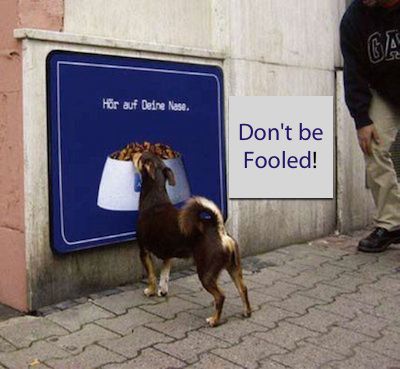 There is a parking ticket trap in Brooklyn

We received a call from Mary, a wonderful friend of New York Parking Ticket, advising us there may be a parking ticket trap lurking to snare unsuspecting members of the driving public. The trap was disguised as a parking sign prohibiting standing except trucks loading and unloading between 8A- 6P in front of Casa Marble & Granite Co., 25 5th Street, Brooklyn, NY.

Mary was alerted to the potential trap by a NYC parking ticket peering out from under her wiper, along with about ten other parking tickets on ten other cars parked on the block. Yikes!

Here’s an image of the crime scene. 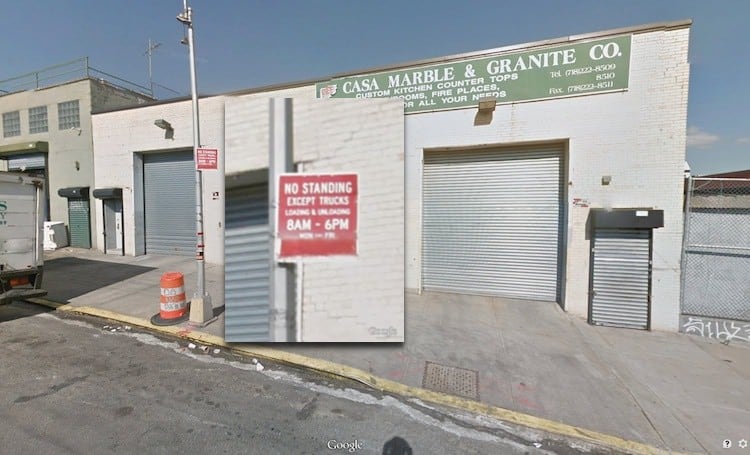 The reasons why Mary thought the parking sign may be phony baloney was because:

I took a gander at the parking sign on Google Maps. My initial impression, based upon years of looking critically had NYC parking signs, was that it was a fake sign because of the red paint under the “days in effect.” If this was a real, temporary sign, there wouldn’t be red paint hiding the words underneath. There would be the identity of the authorized agency posting the sign and the nature of the sign.

However, if there are no arrows on a parking sign it means that the parking rules displayed on the sign regulate the parking spaces in both directions until the next sign, or the end of he block. The absence of an arrow(s) does not a fake sign make. 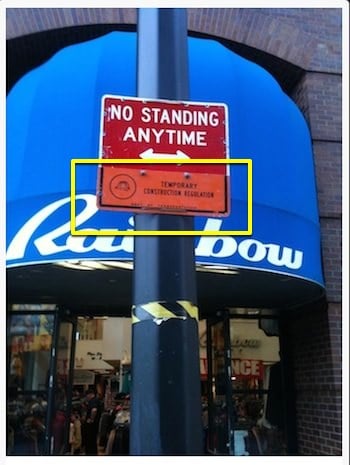 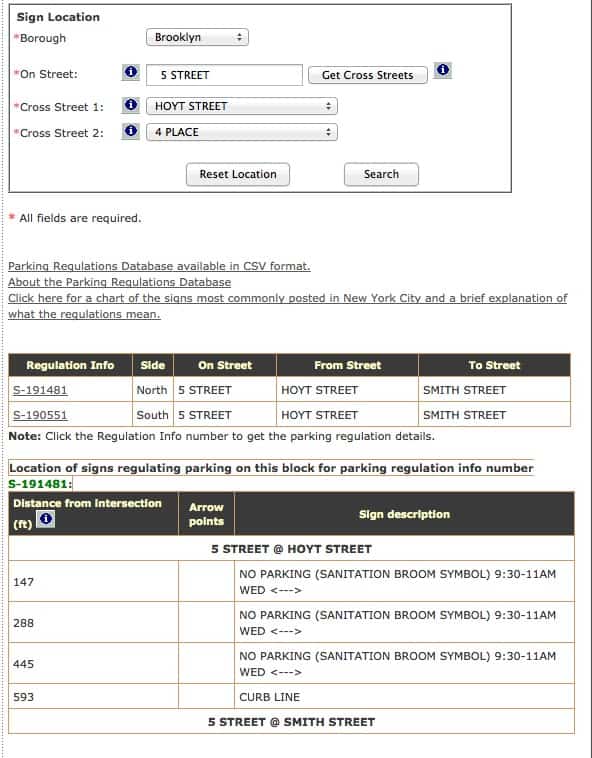 The DOT parking regulations map did not display parking signs in the area of 5th Street, Brooklyn.

Our investigation led me to conclude the sign was a fake. Beware!

Is Mary going to fight her parking ticket?

Kudos to Mary for taking her valuable time to inspect the parking ticket and follow her instincts that something was rotten on 5th Street in Brooklyn. Never, ever pay a NYC parking ticket “no questions asked.”

Why do you think there is a phony, baloney no standing trucks loading and unloading sign in front of Casa Marble? My gut cries out that the driving public was blocking the two driveways in front of the building, and causing havoc for the business. Parking spaces are gold, and my sense is that people were parking their chariots and ignoring the driveways.

Do two wrongs make a right in Parking Ticket Land? In my humble opinion, blocking active driveways is bad behavior, especially when a business depends upon their driveways to make a living. Spotting a vacant parking space doesn’t mean chariots of all sizes will fit. If yours doesn’t, amscray.

On the other hand, a fake parking sign should not appear in front of a business to protect it’s territory at a significant expense to the parking public.

The battle rages on. Don’t get caught by a stray parking ticket.

Who’s right in this fight?