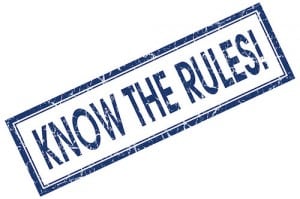 I bet you thought pedestrian ramps and NYC real estate had nothing in common? Pedestrian ramps are very valuable real estate assets for the NYC DOF. If you park in front of a ramp at the wrong place you will be issued an NYC parking ticket. The fine is $165, with no reduction offered for a plea of guilty.

Due to the efforts of New York Parking Ticket LLC (that’s us), the NYC_DOT acknowledged December 2008 amendment to the pedestrian ramp rule was not being enforced properly. Parking ticket warriors were issuing illegal parking tickets, and judges were enforcing the rule incorrectly. As a result, many, many members of the driving public were paying illegal fines for more than one year after the 2008 amendment.

The NYC_DOT made changes immediately after we notified them of the injustice. It is now well-settled, pedestrian ramps in the middle of the block of the long street in a T – intersection with no crosswalk or traffic control device regulating the flow of traffic are perfectly legal to block.

Two terrific friends of New York Parking Ticket recently posted comments on Larry’s Blog inquiring about the parking law legality of blocking a pedestrian ramp in the middle of any block, with no crosswalk or traffic control device regulating traffic. One of our friends, Martin, received a parking ticket for parking in front of a pedestrian ramp located in the middle of the block, was found guilty at trial and appeal within the NYC DOF, and pay a whopping $165. As Martin said:

The judge agreed with my argument but found me guilty. He said his hands were tied. He had to follow the rule”

Why does it matter whether the ramp is located in the middle of a regular, ordinary, run-of-the-mill block, or the long street of a T intersection? The evil is the same for both. Crossing in the middle of any block with no crosswalk is dangerous. It is jaywalking and happens to be against the law.”

-I contacted the NYC_DOT on Twitter. DOT is very responsive on Twitter. I asked about the clear inconsistent enforcement of the pedestrian ramp rule. DOT replied:

(f) General No Standing zones (standing and parking prohibited in specified places). No person shall stand or park a vehicle in any of the following places unless otherwise indicated by posted signs, markings or other traffic control devices, or at the direction of a law enforcement officer:

(7)Pedestrian ramps. Alongside or in a way which obstructs a curb area which has been cut down, lowered or otherwise constructed or altered to give access for persons with disabilities at a marked or unmarked crosswalk as defined in subdivision (b) of section 4-01 of this chapter. A person may stop, stand or park a vehicle along or in a way which obstructs a pedestrian ramp not located within such crosswalk unless otherwise prohibited”

-Subdivision (b) of section 4-01 of this chapter states:

(ii)Unmarked crosswalk.  That part of a roadway, other than a marked crosswalk, which is included within the extensions of the sidewalk lines between opposite sides of the roadway at an intersection.”

My concern is why was their confusion within the ranks of the NYC-DOT, NYC_DOF Adjudication Unit, and parking ticket warriors in the first place? Why was this expensive parking rule being enforced improperly?  How many members of the NYC driving public unwittingly paid whopping parking fines of $165.00 for a non-existent parking violation?

Here is a summary of the locations of the pedestrian ramps you will find in NYC.

[alert type=”info” icon-size=”hide-icon”]Do you know the difference between a crosswalk and stop line? Can you park in the dead zone between a stop line and crosswalk?[/alert] For answers to these questions, you may wish to check out this blog post.

Let’s all be vigilant